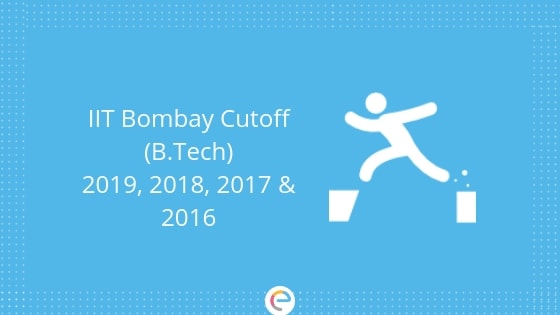 The IIT Bombay cutoff will be in the form of opening and closing ranks for different engineering branches and categories.

Let’s have a look at the benefits of going through the IIT Bombay Cutoff Ranks which is listed below:

It is advisable for your convenience to bookmark this page, for future reference as we are providing the IIT Bombay cutoff ranks which can be used for comparison with other IITs Cutoff scores.

Previous Year IIT Bombay Cutoff for 2018, 2017 & 2016 is tabulated below. Check the opening and closing ranks for IIT Bombay admission through JEE Advanced 2019.

We hope this article on JEE Advanced IIT Bombay Cutoff 2019 helps you. If you have any question feel free to post it in the comment box below. We will get back to you at the earliest.