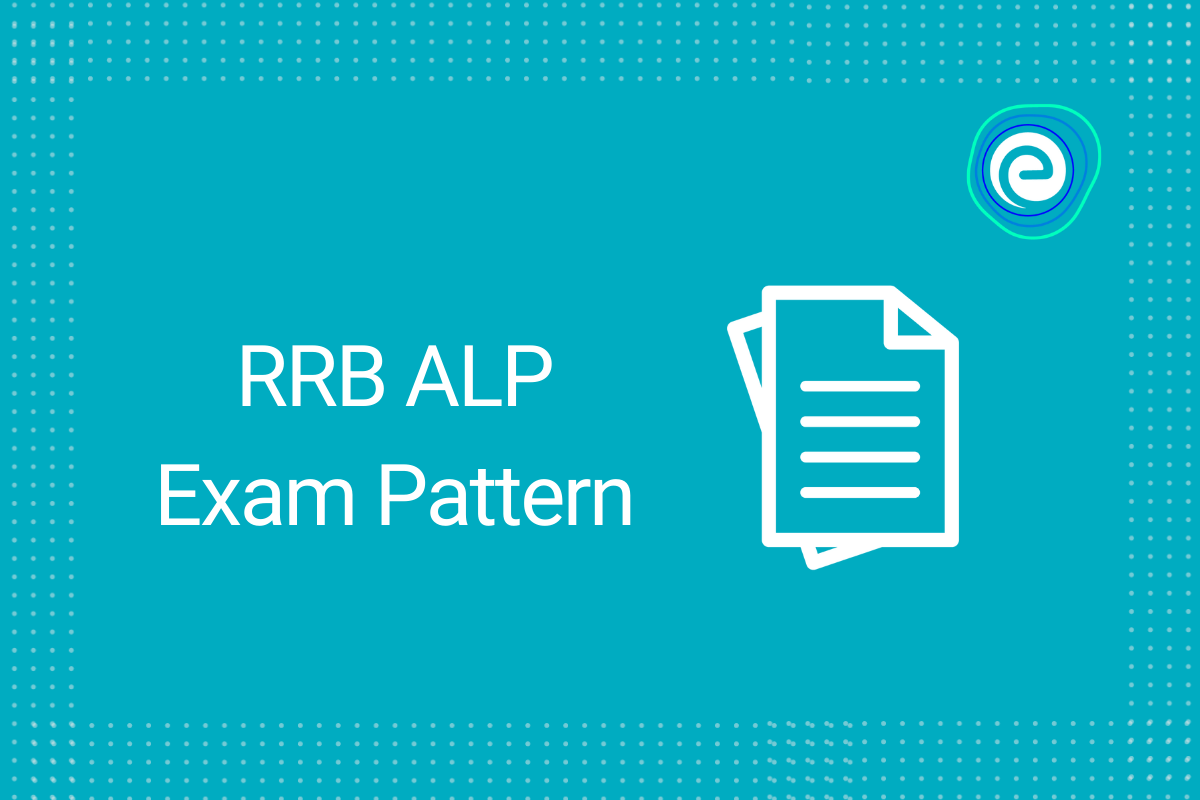 RRB ALP Exam Pattern 2021: The Railway Recruitment Board, is responsible for conducting RRB ALP exams for the recruitment of RRB ALP & Technician in Indian Railways. Candidates who are interested to work as ALP & Technicians in Indian Railways must know the Exam pattern well in advance. Candidates must visit the official website to get all the latest information. The first stage towards creating a smart preparation plan is to be thorough with the RRB ALP Exam Pattern and RRB ALP Exam Syllabus. One must also know the RRB ALP marking scheme and detailed selection procedure. So, in this article, we will provide you with all the necessary information regarding Railways RRB ALP Exam Pattern. Read on to find out.

Before getting into the detailed selection procedure and RRB ALP Exam Pattern, let us have an overview of the exam:

As mentioned above, RRB ALP exam has four stages and RRB Technician exam has three stages. These stages are as under:

Let us now look at the detailed RRB ALP Exam Pattern for each of these stages.

The RRB ALP 1st Stage CBT is conducted only to shortlist candidates for the 2nd Stage CBT. It is conducted only for screening purposes. The different sections, number of questions and marking scheme of this stage are tabulated below:

The 2nd Stage CBT is conducted in two parts – Part A and Part B – both of which are conducted on the same day. However, Part B is only qualifying in nature.

Candidates will have to secure a minimum of 42 marks in each of the test batteries of the Computer Based Aptitude Test to clear this stage. There is no negative marking in this stage.

With the RRB ALP Exam Pattern clear, you must now focus on your RRB ALP preparation. Focus on completing the entire RRB ALP syllabus in the most efficient manner. Take mock tests as well. You can take the bank PO mock tests of Embibe for free as certain sections are common to bank PO exams and RRB ALP exams. So, taking these exams will help in RRB ALP as well.