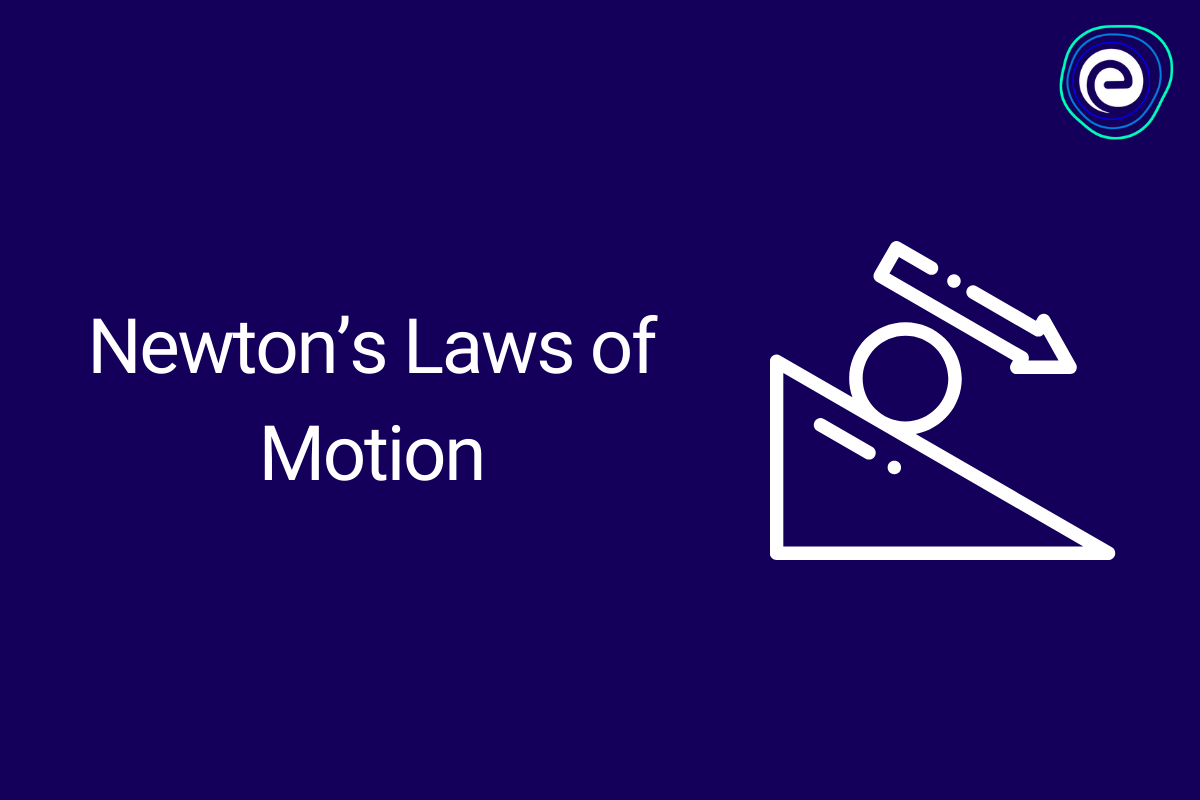 Newton’s Laws of Motion are the fundamental laws concerning objects in motion or at rest. We see motion everywhere, from rustling of leaves to planets around the sun. The three laws are considered revolutionary as they deal with behaviour of objects when moving or at rest.

Newton’s laws of motion states a scientific relationship between the forces acting on a body and the changes that occur as a result of this force. The three laws of motion help us understand how objects behave when they are stationary, moving, and subjected to forces. In this article, we shall see more about these laws, their application with some examples.

When a body changes its position from the original position, we say it has moved or the body is in motion. This process of changing the place, location, and position are defined as motion or movement. Everything in the universe, the electrons in the atoms to galaxies, has motion.

There are three types of motion – Linear, Rotary and Oscillatory.

What is the Cause of Rest or Motion?

Force is the factor that makes things move, stop, change speed or direction of motion. It is the fundamental quantity behind all the phenomena that we see in the rest and motion of an object.

There are three laws of motion that were formulated by Sir Isaac Newton, an English scientist in the \(17\)th century. They were first compiled in his Philosophiæ Naturalis Principia Mathematica (Mathematical Principles of Natural Philosophy), published in \(1687\). They deal with the entire dynamics of objects in motion or at rest, and the forces that act on them.

It states that:
a. A body moving with a certain velocity will move in the same direction with the same velocity, if the total force acting on it is zero.
b. A body at rest will continue to be at rest until an external force acts on it.

Inertia is the property of any object to remain at rest or to move with a constant velocity.

Inertia is defined as the resistance to change in motion. Newton’s first law is also known as the Law of Inertia, which was proposed by Galileo Galilei of Italy and later refined by Rene Descartes of France. Galileo was the first to publish a paper on friction force.

Applications of The First Law Of Motion

It states that the rate of change of momentum of a constant mass system, is the product of its mass and acceleration, and this product is equal to the net force acting on the system. Mathematically, the law is given by
\(F = ma\)
We can also write this law as
\(a = \frac{F}{m}\)
In this way, we can calculate the acceleration of a system if its mass is given and we know the net force acting on it. We can see that the acceleration \((a)\) of a system is
1. directly proportional to the force \((F)\) acting on it, and
2. inversely proportional to the mass \((m)\) of the system

Applications of The Second Law Of Motion

It states that for every action, there is an equal and opposite action.
Two bodies in contact with each other exert a force equal in magnitude but opposite in direction.

Applications Of Third Law Of Motion

Applications of The Three Laws of Motion

Newton’s three laws are the basis for mechanics. The study of the motion of objects and the forces acting on them is called Mechanics. It is a significant branch of physics and has applications in engineering and technology. For example, the design of vehicles, spacecraft, and control of them are all based on these three laws.

Q.1. What law of motion is applicable when a boat moves forward when oars are used?
Ans: Pushing back the water using oars makes the boat move forward. Therefore, it is an application of Newton’s third law.

Q.2. Are there any situations where Newton’s laws are not applicable?
Ans: Newton’s second law states that acceleration is dependent on the force applied and the mass of the object. The mass has to be constant. For variable mass situations, this law is not applicable.

Q.3. What makes the bicycle stop when we press its brakes?
Ans: The bicycle continues to move as long as it is pedalled. Brakes hold the rim of the wheel tightly. This creates a friction force that opposes its turning and reduces the speed of the wheel. Newton’s first law of motion explains this.

Q.4. Why do we feel pain when we hit a wall with our fists?
Ans: According to Newton’s third law, for every action, there is a reaction. When we hit a wall or any hard object, we apply force. Equal force in the opposite direction is applied by the hard object on our fist, causing pain. This is equivalent to the wall hitting us.

Q.5. Where are Newton’s laws of motion used?
Ans: Newton’s laws have applications in various activities of our life. Walking, swimming, pushing a cart, rockets are all examples where these laws are applicable.

We hope this detailed article on Applications of Newton’s Laws of Motion helps you in your preparation. If you get stuck do let us know in the comments section below and we will get back to you at the earliest.