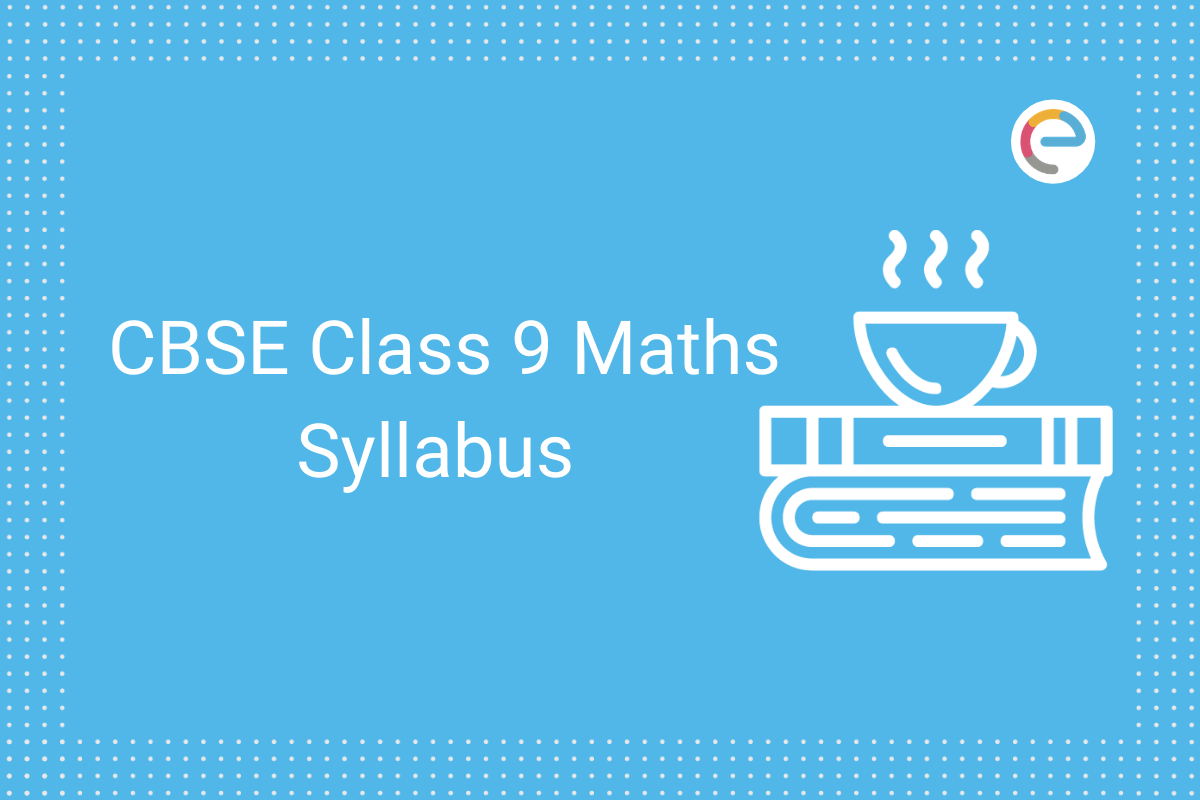 Also, Maths plays an important role for students who want to take the Science stream in Class 11-12 and appear for engineering entrance exams, like JEE, BITSAT, etc. So in this article, we will provide you with all the detailed information regarding CBSE Syllabus For Class 9 Maths 2020. Read on to find out.

Latest Update: CBSE has released the revised syllabus for all subjects of class 9. Amid COVID-19 pandemic, the board has reduced the syllabus by 30%. We are providing here the CBSE syllabus of Class 9 Mathematics subject for the academic session 2020-21.

Before getting into the detailed CBSE Syllabus For Class 9 Maths, let’s us look at the units included in CBSE Mathematics Syllabus along with the mark distribution:

Let us now see what all are included in each of these units.

2. Examples of non-recurring/non-terminating decimals. Existence of non-rational numbers (irrational numbers) such as their representation on the number line.

3. Rationalization (with precise meaning) of real numbers of the type  (and their combinations) where x and y are natural numbers and a and b are integers.

6. Recall of laws of exponents with integral powers. Rational exponents with positive real bases (to be done by particular cases, allowing learners to arrive at the general laws.)

Recall of algebraic expressions and identities. Verification of identities:

and their use in the factorization of polynomials.

The Cartesian plane, coordinates of a point, names and terms associated with the coordinate plane, notations, plotting points in the plane.

Area of a triangle using Heron’s formula (without proof).

Now you are provided with all the detailed information regarding CBSE Syllabus For Class 9 Maths. Make sure you understand the theory behind all these concepts before memorizing the formulas and practicing. Like any other subject, Maths too need an understanding of the theories.

We hope this detailed article on CBSE Syllabus For Class 9 Maths helps you. If you have any doubt regarding this article on CBSE Class 9 Syllabus Maths 2020, drop your comments below and we will get back to you as soon as possible.