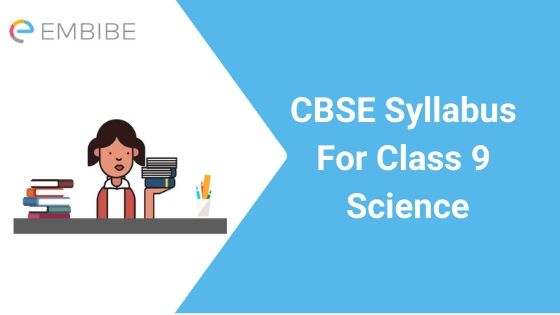 In this article, we will provide you with all the detailed information regarding CBSE Syllabus For Class 9 Social Science. Read on to find out.

Before getting into the details of CBSE Class 9 syllabus for Social Science, let us look at the unit-wise mark distribution:

CBSE Syllabus For Class 9 Social Science: India And The Contemporary World – I (History)

The CBSE Syllabus for Class 9 History is given below. The three themes in the first sub-unit are compulsory. From the second subunit, any one theme can be chosen.

Sub-Unit 1.1: Events And Processes: In this unit, the focus is on three events and processes that have shaped the identity of the modern world. Each represents a different form of politics and a specific combination of forces. One event is linked to the growth of liberalism and democracy, one with socialism, and one with a negation of both democracy and socialism.

Chapter 2: Socialism in Europe and the Russian Revolution

Chapter 3: Nazism and the Rise of Hitler

Sub-Unit 1.2: Livelihoods, Economies, and Societies: The themes in this section will focus on how different social groups grapple with the changes in the contemporary world and how these changes affect their Lives.

Case studies: Focus on two forest movements one in colonial India (Bastar) and one in Indonesia.

Chapter 5: Pastoralists in the Modern World

Case studies: Focus on two pastoral groups, one from Africa and one from India.

Case studies: Focus on contrasting forms of rural change and different forms of rural societies (expansion of large-scale wheat and cotton farming in USA, rural economy and the Agricultural Revolution in England, and small peasant production in colonial India)

Map Work Based on theme 4/5/6. (Internal choice will be provided)

The CBSE Syllabus For Class 9 Geography is given below:

The CBSE Syllabus For Class 9 Political Science is given below:

The CBSE Syllabus For Class 9 Economics is given below:

Chapter 1: The Story of Village Palampur: Economic transactions of Palampore and its interaction with the rest of the world through which the concept of production (including three factors of production (land, labor, and capital) can be introduced.

Chapter 2: People as Resource: Introduction of how people become a resource I asset; economic activities are done by men and women; unpaid work was done by women; quality of human resource; the role of health and education; unemployment as a form of non-utilization of human resource; sociopolitical implication in the simple form.

Chapter 3: Poverty as a Challenge: Who is poor (through two case studies: one rural, one urban); indicators; absolute poverty (not as a concept but through a few simple examples)-why people are poor; unequal distribution of resources; comparison between countries; steps taken by the government for poverty alleviation.

Chapter 4: Food Security in India: Source of Food grains, variety across the nation,famines in the past, the need for self sufficiency, role of government in food security, procurement of food grains, overflowing of granaries and people without food, public distribution system, role of cooperatives in food security (food grains, milk and vegetables ration shops, cooperative shops, two-three examples as case studies)

Chapter 1: The French Revolution: Outline map of France (for locating and labeling/identification)

Chapter 2: Socialism in Europe and the Russian Revolution: Outline map of World (for locating and labeling/identification)

Chapter 3: Nazism and the Rise of Hitler: Outline Map of World (for locating and labeling/identification)

Now you are provided with all the detailed information regarding CBSE Syllabus for Class 9 Social Science. Finish all these topics thoroughly. Make notes as you study as there is a lot of information to remember and memorize. You have to revise on a regular basis.