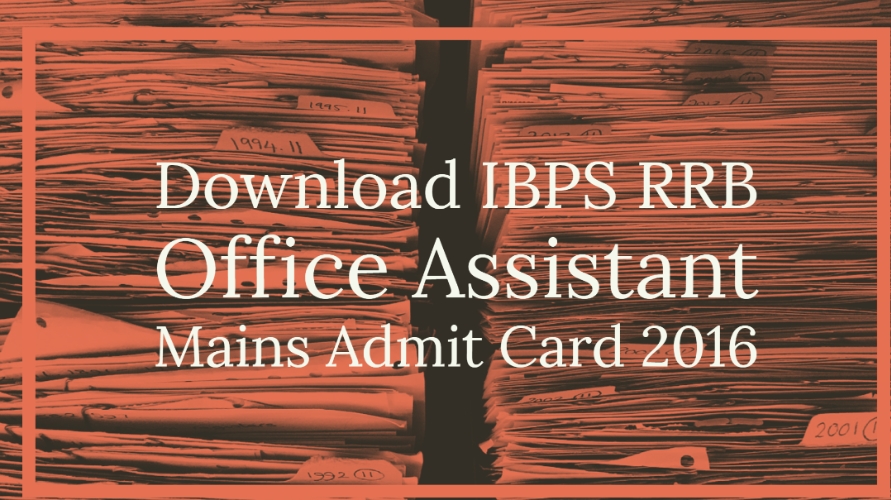 Institute of Banking Personnel Selection (IBPS) released admit card for the RRB Clerk Office Assistant mains exam 2016. The IBPS now ready to conduct the RRB Office Assistant post mains exam on 18th December 2016. All the candidates who qualified in the preliminary exam are now eagerly waiting for the IBPS RRB Office Assistant mains admit card 2016. There are many candidates who are waiting for the exam hall ticket. Hall ticket is very important document as it contains all the details which are required to attend the exam at the examination center. Now, you can access your admit card from the official site. Here we advised all the who cleared the prelims exam should get their respective hall ticket as soon as possible.

The Institute of Banking Personnel Selection (IBPS) conducts various examination to recruit eligible and interested candidates every year in different departments. Recently this year it also released recruitment notification to fill 8,824 vacancies of Office Assistant (Multipurpose) posts. Large number of candidates applied for this recruitment and also appeared the preliminary exam which was conducted on November 12, 13 & 19. The result of the same were also released on 28th November 2016. Candidates who qualified in the prelims examination are now waiting for the mains exam hall ticket to appear the mains exam as the main examination is the final step to get the job offer. There will be no interview process for the Office Assistant posts.