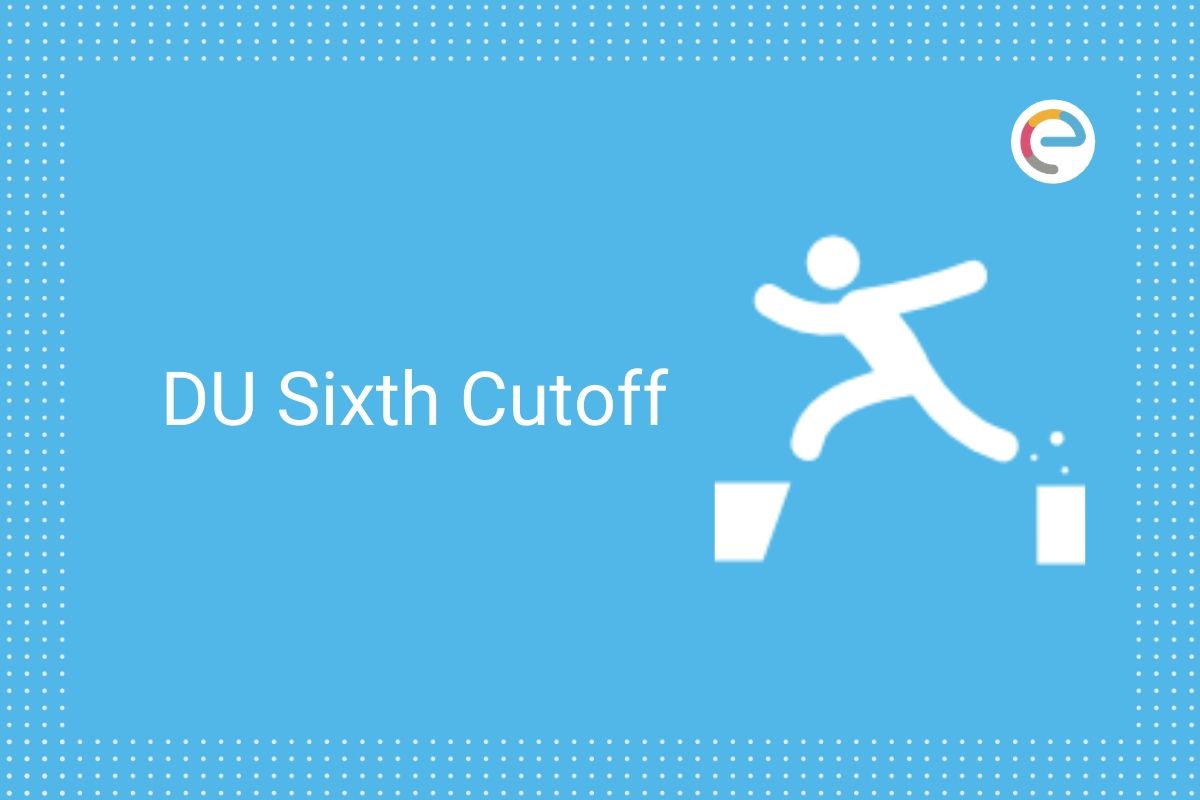 DU Sixth Cutoff 2020: Delhi University Colleges will release the DU 6th cutoff list on their respective official websites. The cutoff scores will be released for all the DU-affiliated colleges and as per the courses offered by them. The DU sixth cutoff will be released for Science, Arts and Commerce courses as PDF which will contain the category-wise, college and courses-wise cutoff scores. The cutoff released depends on various factors such as qualifying marks, vacant seats from the previous rounds, seat availability, number of applicants, etc.

The release of DU sixth cutoff will be followed by document verification, admission approval and fee payment. Candidates will have to be sure about their eligibility and report to the respective colleges with required documents as per schedule. Go through the article to know more about DU sixth cutoff and DU 6th round admission.

DU admission will be conducted in several rounds and the official will release the cutoff for every round of DU admissions.

The college-wise DU sixth cutoff is tabulated below:

The factors affecting the DU 6th cutoff are as follows:

It is very important to know the admission process that will follow after the release of the DU 6th cutoff. So, let’s have a look at the steps for DU 6th round admission 2020:

How To Cancel Allotted Seat In Delhi University Admissions?

If the candidate is interested to change his college to another college/course, then he/she can do so by cancelling the presently allotted seat and then following the admission process for the admission to the new college:

The links to DU cutoff 2020 of previous rounds are tabulated below:

The DU 6th cutoff is expected to be released by the end of July. Meanwhile, candidates can check the DU sixth cutoff 2018 from the table below and get an idea about what the cutoff might be this year:

Now, you know everything about DU sixth cutoff. Bookmark this article so that you do not miss out anything. Do proper research and choose your college/course wisely so that there is no scope for regret later.

We hope this article on DU sixth cutoff helps you. If you have any question, feel free to post it in the comment box below. We will get back to you at the earliest.

Stay tuned to embibe.com for latest updates and news about DU Sixth Cutoff 2020.