The Armed Forces Medical College (AFMC) was set up on 1st May 1948 in Pune, Maharashtra. It is an Inter-Services institution and has various roles to perform. The institution is in charge of providing the whole pool of specialists and super-specialists to Armed Forces by giving them in-service training.
The primary course provided by the institute are MBBS and Postgraduate, Dental postgraduates, Nursing and Paramedical course. Patient care forms an integral part of its educational training curriculum and the attached hospital benefits from the expertise available at AFMC. AFMC is notable as one of the premier medical institutions in India. The institute is affiliated with the Maharashtra University of Health Sciences and is recognised by the MCI. The total number of 130 students are taken for undergraduate MBBS course on the basis of the National Eligibility cum Entrance Test (formerly through the AIPMT exam). This is followed by an interview and then after the final selection, 130 students, including 25 girls, are admitted to the college. 10 seats are reserved for ST/SC candidates. On successful completion of MBBS, all these students are liable to serve in the medical services of the Armed Forces for at least seven years. The selected candidates are also required to pass a medical and fitness test at par with those for Officer Cadets.

The 5-year course also includes basic military training on par with that received by all Officer Cadets at other Academies of the Armed Forces as well as training in battlefield medicine. After graduation, Cadets are to serve for at least of seven years in the Indian Army after which they are allowed to leave or continue as Commissioned Medical officers.

Ranking and Status of AFMC

In 2015 India Today Rankings, it was ranked fourth among medical colleges in India. Times also ranked Armed Forces Medical College, Pune at fourth place in 2015.
AFMC is the only medical college apart from Army Medical College, Rawalpindi, Pakistan, in Asia where all expenses are paid by the Ministry of Defence. Medical Cadets receive free tuition, free lodging and boarding, uniforms, book subsidies and an allowance for the upkeep of the uniforms. 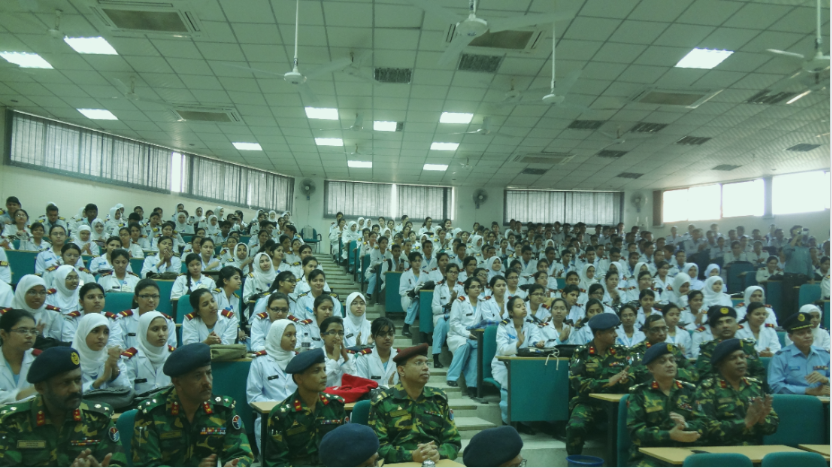 The infrastructure of AFMC

The campus is brimming with greenery, trees and flowers which are maintained by the defence personnel. AFMC provides facilities like sports, including tennis, squash, ball, and a swimming pool. Canteen facilities for defence personnel are also extended to the Medical Cadets. It has two auditoria, namely Dhanvantri and Bharadwaj, where high-profile medical conferences are held. Dhanvantri also screens two films a month for cadets, officers, other ranks and their families within the college campus. AFMC also works as a hospital for civilians and is tied up with the Command Hospital (Southern Command).

The college is completely residential with separate hostels for boys and girls. Residence in the hostels is mandatory for all the Cadets for the entire duration of the course. The boys’ hostel is housed in a building which was forged in 1965 and comprises 6 blocks of three floors each. There are a total number of 277 rooms. Each and every room is fully furnished. The ladies hostel was built in 1984 and can accommodate up to 130 Cadets in 70 single-seater and 30 double seater rooms.

The new boys’ hostel has 4 hinders with 4 stories each having 18 open rooms with overhangs. Sponsored messing is given to every single medicinal Cadet. The Central Cadets Mess was opened in 2009 for all Cadets to feast together.