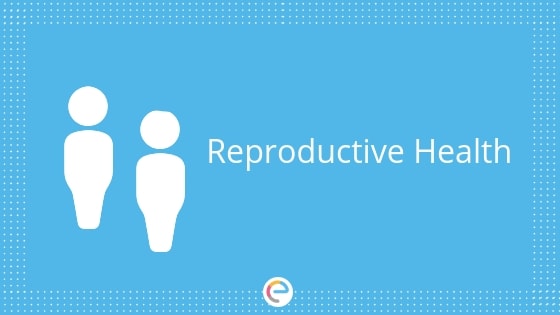 KNOW EVERYTHING ABOUT REPRODUCTIVE HEALTH

Reproductive health is about the overall well-being of all living beings in social, mental, behavioral and physical aspects. It also deals with diseases, disorders, and conditions which influence the regular functioning of male and female reproductive systems through all stages of life. It is centralized in educating and providing medical care to people in order to maintain good reproductive health.

Population explosion is one of the prime obstacles in the development of a nation since it can cause an imbalance in reproductive health care. With the increase in the number of people exponentially in the availability of lean resources of food, water, shelter or clothing can induce scarcity, despite development. Increase in life span, decrease in maternal mortality rate and the decrease in infant mortality rate has been found to be the common aspects for the population explosion.

Inappropriate education and social awareness among the reproductive population have raised several issues such as the prevalence of abortions, sexually transmitted diseases (STDs), depression and much more.

India has been one among the countries in initiating a national level of awareness regarding reproductive health and initiating the action plans supporting the idea. Family planning programme was started in India in 1951. Social awareness is one of the best ways to conserve reproductive health in a country. Going by the numbers, India has about 1.3 billion people residing, which accounts for almost 17% of the world population, as on recent studies in 2019.

Interactive media, social networks, and governmental and non-governmental organizations has been involved in creating awareness. A special programme called Reproductive & Child Health (RCH) was launched on 15 October 1997. And a revised program RCH-II was launched in 2005, which focused on reducing total fertility rate, infant mortality rate, maternal mortality rate. RMCH+A (Reproductive, Maternal, Newborn, Child & Adolescent Health) programme was launched in 2015 to address various issues surrounding women and children as well as a delay in accessing and utilizing health care and services, to help through pregnancy, delivery, and mother & child care. These drives also stress on proper sex education to erase misbeliefs, negative impacts of unprotected sex and recommend age for marriage (21 years for a boy and 18 years for girls).

Birth control is the modulation of pregnancy using protective methods or devices (also known as contraceptives) to control the number of progenies. The process is also known as Contraception, wherein the fertilization is intentionally prevented.

Birth control is used for avoiding unwanted or unplanned pregnancies using natural methods, surgeries or IUDs. etc., Birth control is necessary to avoid maternal mortality, infant mortality, to keep a check on increasing population, complications in pregnancies, low birth weight in baby and so on.

1)    Natural methods: It refers to naturally planning for contraception by observing the beginning and end of the menstrual cycle in women, the physical changes or temperature changes in the women reproductive system.

2)    Barrier contraceptives: In this approach, the sperm and ovum are not allowed to fertilize by using physical barriers, which act as contraceptives. These barriers are available for both male and female. This includes using condoms (a thin cover made of rubber available for both men and women, protects from STDs as well), cervical cap &diaphragm. Both cervical cap and diaphragm are used by women and is effective when used along with spermicide and are not safe against STDs.

3)    Intra-Uterine Devices (IUDs): Intrauterine devices are implants placed in the uterus of the woman. There are 3 types of IUDs such as Copper IUDs (copper prevents fertilization) biologically inert IUDs (Lippes loop prevents implantation of the blastocyst) and Hormonal IUDs (levonorgestrel prevents pregnancy).

4)    Spermicide: Spermicide can be in the form of cream, foam, gel, suppository or tablet. It is used to kill sperm in the vagina when used with a physical barrier contraceptive. Some of the ingredients include Nonoxynol-9, benzalkonium chloride, octoxynol-9.

5)    Oral contraception: It is achieved by using pills. The pill contains progestin-estrogen combination pill or progestin pill (mini pill). They suppress the production of LH (Luteinizing hormone) & FSH (Follicle Stimulating Hormone). Progesterone thickens the mucus layer on the uterine wall preventing implantation. This pill must be taken at a fixed time of the day and on the 7th day of the cycle. It doesn’t provide any support against STDs. Mala-D, Saheli, Mala-N are some of the examples.

6)    Post-coital contraception or emergency contraception: In this type of contraception, the pill is taken post-coitus, in case of unprotected sex. It doesn’t cause abortion, instead, delay the fertilization and hence pregnancy is avoided.

By this method, one chooses to undergo permanent sterilization through surgical methods, such as vasectomy and tubectomy.

Tubectomy or tubal ligation is performed in a female, wherein the fallopian tube is cut and stitched backward to prevent the egg from entering fallopian tube, by making the incision in the abdomen or via vagina using laparoscopy.

Vasectomy is a procedure performed in male, wherein a small incision is made at the vas deferens and stitched backward to avoid the flow of sperm outside.

Infertility is the inability to produce offspring despite regular sexual intercourse without any contraceptives. It can be due to physical, mental, psychological, immunological, congenital or hormonal disorders. It can occur in both male and female.

Female infertility: The most common cause of female infertility is the inability to ovulate or hormonal imbalance. Damage in the oviduct, uterine damage (no implantation of the fertilized egg), cervical abnormalities or antibodies to sperm.

Male infertility: Male infertility could be due to oligospermia (low sperm count), no sperm in semen (azoospermia), autoimmunity (antibody kills live sperm cells), impotence ( failure of erection of penis) or sperm abnormalities ( no tail or two tail or headless sperms can decrease the sperm count or reproducibility).

Infertility can be overcome by several techniques:

Based on the cause for infertility, there are several ways in which the reproduction can be achieved known as Assisted Reproductive Technologies (ART).

Some of the common techniques include:

1)    IVF – Invitro Fertilisation or the commonly known “test tube baby” (Patrick Steptoe and Robert Edwards,1978) can be used in case of oligospermia, endometriosis, autoimmunity or blocked fallopian tube, which cannot be corrected surgically. The sperm from the male is fertilized with one or more egg of the female, the zygote or embryo is implanted in the uterus of the female, also known as embryo transfer.

2)    AI -Artificial Insemination is a technique used when the husband may produce low sperm count and the process involves the collection of sperm from the husband or healthy donor and artificially introducing it into the woman’s vagina or into the uterus (intra-uterine insemination).

3)    ZIFT- Zygote Intra-Fallopian Transfer – Here pre-embryo or the zygote is transferred into the fallopian tube, post which it undergoes the normal development.

4)    GIFT – Gamete Intra-Fallopian Transfer -The egg and sperm are introduced into the fallopian tube to undergo fertilization within the uterus of the woman, rather than outside. This is a variant of IVF and is more successful than IVF. It can be used in the case when there is no blocked oviduct.

Sexually Transmitted Diseases are those which are caused by unprotected sexual intercourse or when done with multiple partners, leading to infectious diseases such as gonorrhea, syphilis, genital herpes, chlamydia, HIV & AIDS, Hepatitis-B, trichomoniasis.

The different contraceptives should be used by individuals upon guidance by qualified doctors. These solutions are available at several medical centers and family planning centers where one can avail them at nominal prices. This will be helpful for those in reproductive age to prevent unwanted pregnancy.