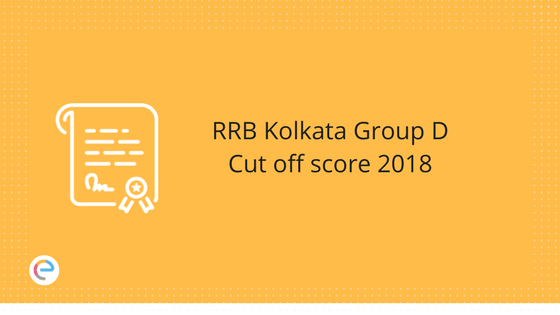 RRB Kolkata Group D Cut Off Score: Railways Recruitment Board (RRB) will release the RRB Group D Cut off Marks on its official website after publishing the RRB Group D Result. The cut-off marks for the RRB Group D Written exam will determine whether a candidate is eligible to move on to the next stage of the recruitment process. The Railway Level 1 official notification was published on February 23, 2019. However, the exam dates are not announced yet. For candidates seeking to get a secured job in the government. sector, RRC Group D is an amazing opportunity. As the number of vacancies is high this time, candidates must know and clear the official RRB Group D Cut Off to get recruited in the Railways.

How to Check your RRB Kolkata Group D Cut off score 2021?

Revised Cut Off for Physically Handicapped

The RRB Group D selection will be based on 3 stages as follows:

Negative Marking: There shall be negative marking for incorrect answers in the CBT. 1/3 of the marks allotted for each question shall be deducted for the wrong answer.