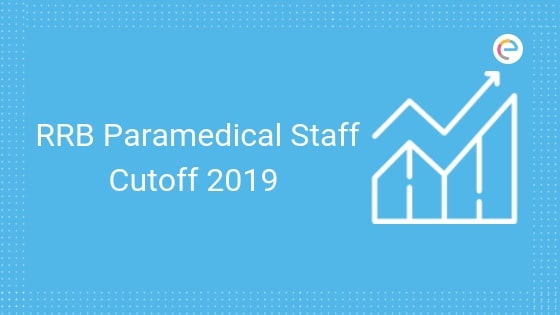 RRB Paramedical Cut Off for each railway zone will vary as it depends on zone wise vacancies, test takers and exam difficulty level of exam. While deriving Paramedical Cut off score, the examination authority will adopt the normalization process as the exam is conducted in multiple slots on July 19 to 21, 2019. The normalization process adopted only for those exams which are held in multiple slots so to adjust the difficulty level of questions asked in various examination slots. The RRB Paramedical Cut Off score to be released four stages – CBT 1, Document Verification and Final selection for recruitment. At each stage of the recruitment process, a certain number of candidates will be selected based on their rank in the merit list.

The expected dates of RRB Paramedical cutoff and the result is given below.

RRB Paramedical Expected Cut Off – Based On Exam analysis

Candidates can check below zone wise RRB Paramedical cutoff Score of the previous year from the table below.

Stay tuned to embibe.com for more latest updates on RRB Paramedical Cut Off 2019!!