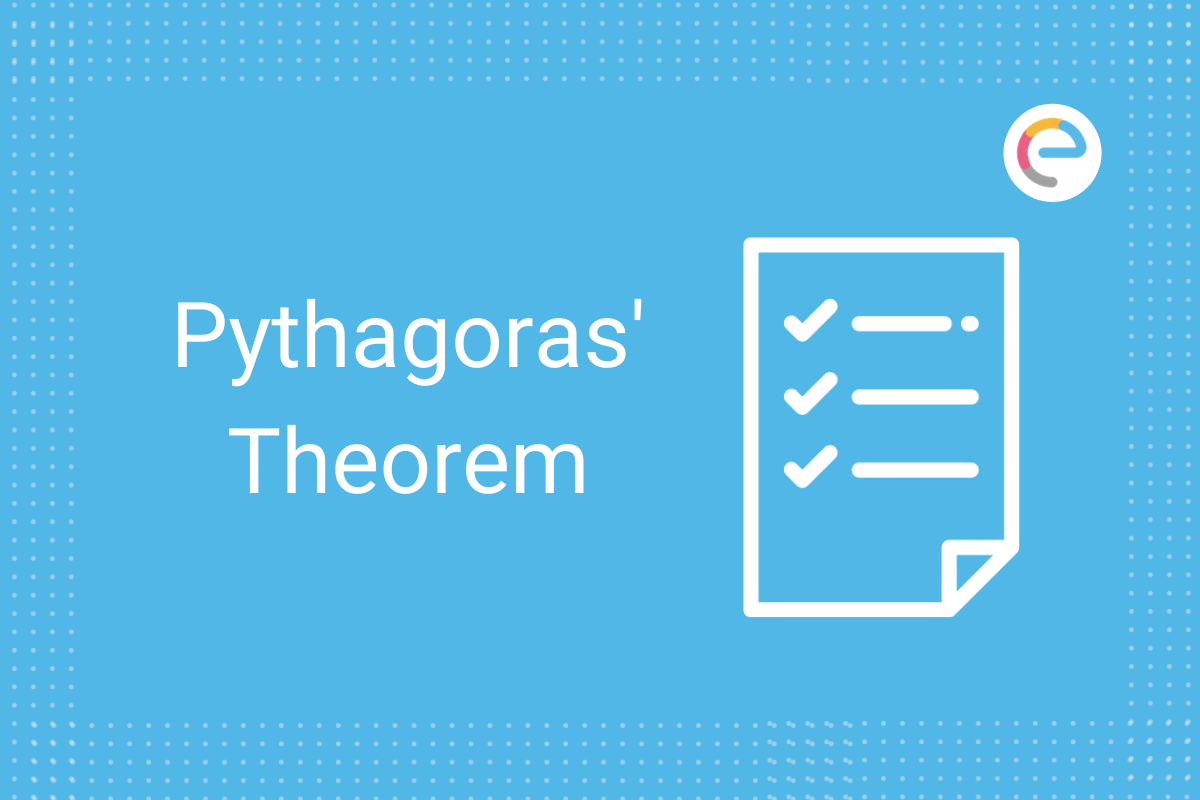 Pythagoras Theorem: Pythagoras’ Theorem is regarded as an important concept in Maths that finds immense applications in our day-to-day life. The theorem is named after the Greek mathematician and philosopher Pythagoras which explains the relationship between the three sides of a right-angled triangle. In this article, we will be providing you with all the necessary information about Pythagoras’ Theorem – statement, explanation, formula, proof, and examples.

DOWNLOAD FREE NCERT BOOKS FOR ALL CLASSES FROM HERE

Pythagoras Theorem: Everything You Need To Know

The Pythagoras’ Theorem states that:

“In a right-angled triangle, the square of the hypotenuse side is equal to the sum of squares of the other two sides.”

This means that the area of the square on the hypotenuse of a right-angled triangle is equal to the sum of areas of the squares on the other two sides of the triangle.

Check out the image below:

△ABC is a right-angled triangle with ∠B as the right angle.

Let us now imagine three squares on the three sides of the triangle.

Now, as per the theorem, the area of the square on the hypotenuse of the triangle is equal to the sum of the areas of the squares on the other two sides.

Referring to the above image, the theorem can be expressed as:

The proof of Pythagorean Theorem is provided below:

Let us consider the right-angled triangle △ABC wherein ∠B is the right angle (refer to image 1).

Adding equation 1 and equation 2, we have:

Hence, the Pythagorean Theorem is proved.

Apart from solving various mathematical problems, Pythagorean Theorem finds applications in our day-to-day life as well, such as, in:

Some example problems related to Pythagorean Theorem are as under:

Length of base = 6 units
Length of hypotenuse = 10 units

Example 2: The length and breadth of a rectangle are 5 units and 11 units respectively. Find the length of the diagonal.

Each of the four angles of a rectangle measures 90°.

Therefore, each diagonal divides the rectangle into two right-angled triangles, with the diagonal being the hypotenuse of each of the triangles and the length and breadth being the other two sides.

So, now you know everything about Pythagoras Theorem. Solve more questions of varying types and master the concept.

Some of the important FAQs related to the Pythagoras Theorem are:

Q1: What is Pythagorean theorem?
Ans: Pythagoras Theorem states that in a right-angled triangle, the square of the hypotenuse side is equal to the sum of squares of the other two sides.

Q4: What are some real-life uses of the Pythagorean theorem?
Ans: Pythagoras Theorem has a lot of real life uses. Construction workers, Architects, Carpenters, Framers, etc. all use its concepts.

Mathematics is an important subject not only for your school-level exam but also for almost every competitive exam such as JEE Main, CAT, and many government job recruitment exams. If you want to pursue Engineering, then its concepts will follow you in one way or the other. It’s for the best that you strengthen your knowledge base from the foundation concepts.

Some other helpful articles by Embibe are provided below:

Not limited to these formulas, Embibe gives you a platform to practice K-12 questions free of cost. Make the best use of these study materials and master the subject. Find the below Maths practice questions for Class 8, 9, 10, 11, and 12. The links are provided below:

We hope this article on Pythagoras Theorem has provided significant value to your knowledge. If you have any queries or suggestions, feel free to write them down in the comment section below. We will love to hear from you. Embibe wishes you all the best of luck!