Current Affairs January 2019: Current Affairs is one of the most crucial part in preparation for any competitive exams. It is important to know events happening all around the globe on daily basis. It will give a student an edge over other students if your General Awareness is strong and also it is important for day to day lives.

Refer to this article on Current Affairs January to prepare for the General Awareness section of the upcoming Bank Exams, SSC, Insurance, Railways, UPSC, Police/Defence, Medical, All India Jobs, State Gov Jobs, Teaching and Engineering.  You should prepare well for this section to improve your overall marks in the paper.

Get updated on the top National and International Events circulating around January 2019:

Impact of global warming on El-Nino

International Year of the Periodic Table of Chemical Elements

Piyush Goyal launches the ‘The Future of Rail’ report

Ganga Expressway to connect Prayagraj with Western UP

GST on Haj reduced to 5%

India signs agreement with OECD for participation in PISA 2021

Nari Shakti is Hindi Word Of The Year 2018- Oxford

India bags the Award of Excellence in Travel Show 2019

India’s Second Tulip Garden to Come up in Uttarakhand

Indian Africa Field Training Exercise to be held at Pune

MoU between India and Kuwait on recruitment of Domestic Workers Signed

Facebook to set up an Institute for Ethics in Artificial Intelligence

Women to get 20% jobs in Military Police

National Museum of Indian Cinema to come up in Mumbai

The government agrees for Capital Infusion to the Exim Bank 460 more Eklavya Model Residential Schools to come across the country Relaxation of Norms under PCA

Namita Gokhale is the winner of  Sushila Devi Literature Award Macedonia renamed as the Republic of Northern Macedonia

World-Class Skill Centres to be set up in Delhi

Pravasi Bhartiya Divas 2019 to be celebrated National Register of Indian Citizens Project to be revived

National Youth Day celebrated across the nation on January 12 One family One Job scheme of Sikkim

More AIIMS to come up The first manned mission to space by December 2021: ISRO

The limit in GST exemption for MSMEs increased 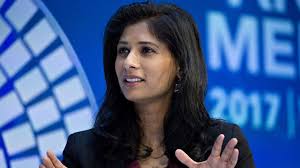 MoU for sale of FASTag Odisha reduced the cases of Malaria by 80 percent. Qatar will cease to be a member of OPEC

Pakistan shares a list of nuclear installations with India

Suggestion to not allow new Engineering colleges from 2020

Telangana to have separate High Court from 1st January 2019 Once you have this article on Current Affairs January 2019, you will not have to worry about staying updated on the ongoing events. But, also keep this in mind that preparing for the general awareness section for any exam should not solely be dependant on this mere listing of news. You also need to prepare from various GK books and notes. Read newspaper on a regular basis and watch both the National and the International news. Revive your news knowledge often and you would have no problem solving the general awareness section of any exam. For further help on the type of questions asked in the general awareness section, Embibe brings you free Bank Mock Test. Practice this paper diligently and you would have no further cribbing while preparing for the exam.

If you face any issue in coping with the Current Affairs January 2019, do let us know of your queries in the comments section below and we will readily get back to you.