Newton’s Law of Motion and Its Real-Life Applications 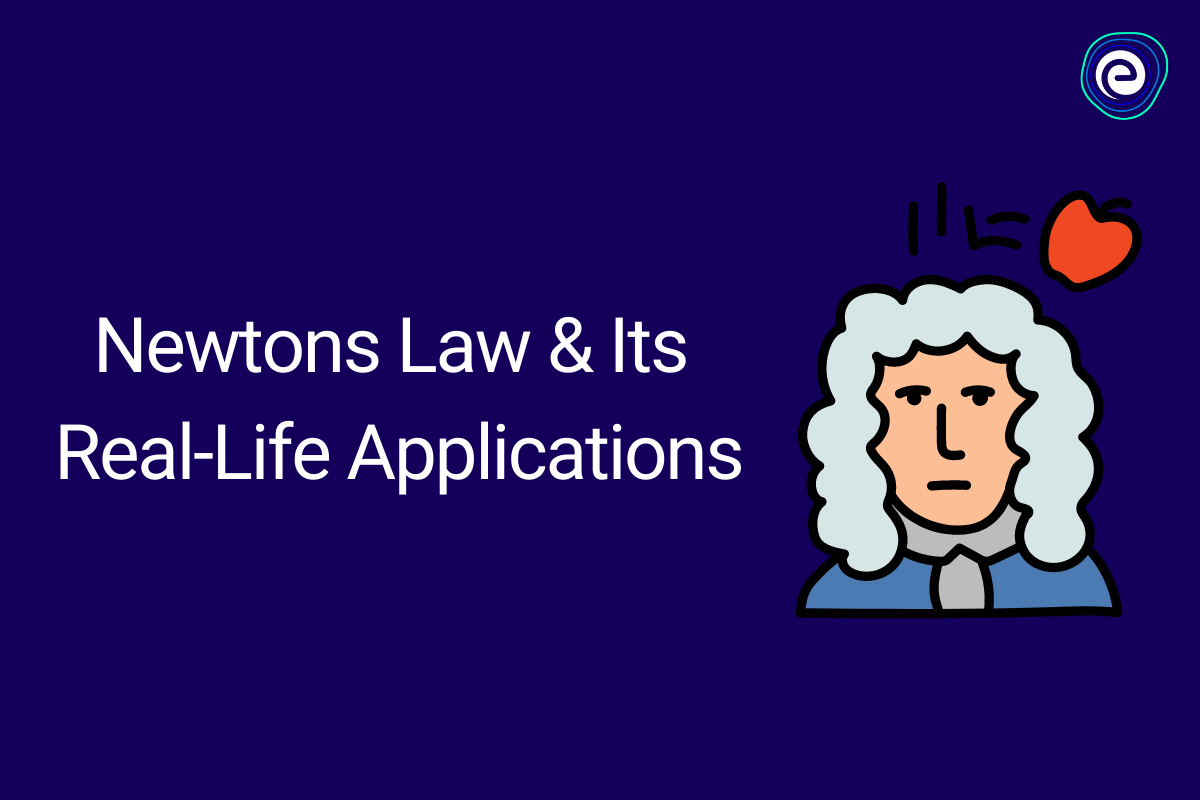 Newton’s Laws of Motion: These are the fundamental physics laws used in our real life on a day-to-day basis. Newton’s law of Motion is the three laws that deal in a relationship between the motion of an object and the force acting on it. In these three newton’s laws, he explained what happens when a body is at rest or in motion or forced by an external force to bring the body in motion with their reactions. Here in this article, you will learn more about Newton’s Laws of Motion and Its Real-Life Applications.

Isaac Newton, the great scientist, is the one who explains these Laws of Motion. Newton used these laws to explain and investigate the motion of a body and objects and systems, which laid the base of many important physics topics. Here learn the three important newton’s laws of motion, definition, formula, and the applications used in real life.

Newton’s Law of Motion and Its Real-Life Applications

Here Learn the three Newton’s Law of Motion which is well explained. Please read all three Laws and understand the concept of their usage in our daily life. These laws do help us in day-to-day life as well as helps us in learning many topics of Physics and Mechanics, which derives from these Newton’s Laws of Motion.

Newton’s First Law of Motion: The Law of Inertia

Newton’s first law of motion states that an object cannot start, stop, or change direction by itself. It needs some external force to cause a change in motion. This property of massive bodies to resist changes in their state of motion is called inertia. Newton’s first law is also known as the law of inertia.

Statement: A body remains at rest or moves straight line (at a constant velocity) unless acted upon by an external force.

Real-life application: Shake up that bottle of ketchup! When you shake that bottle, you bring the bottom down, then suddenly you stop. It is inertia that causes the ketchup to come out of the bottle.

Real-life application – Your friend weighs less than you, but you both walk, exerting the same amount of force. Your friend will go a good deal faster than you because the acceleration used by them would undoubtedly be higher.

One of the main reasons people constantly try to reduce the mass of objects is to increase their speed and acceleration. All of the factors affect each other. If something has much more mass, then exerting more force will make it move faster.

In this Newton’s Third Law of Motion, we discuss the action and reaction with their use in daily life.

Real-life application – Hitting the Wall with Your Fist! There are two forces, your force and the other is an equal and opposite force applied by the wall on the fist. Hence, the harder you hit the wall, the more force is exerted on your fist by the wall; this is why you get hurt more. So don’t hit the wall because you will get yourself hurt.

Answer: To find acceleration, we need to calculate the net force.

As we know, F=ma so to find acceleration, we have to divide the force by mass as per formula a=F/m

Answer: We can explain it in terms of Newton’s first law of motion. The purse, because of inertia, travels forward with a car until acted by an external force. In this case, the force of the car floor is made the purse fall from the seat.

Question 2: Calculate the net force required to give an automobile of mass 1500 kg an acceleration of 5 m/s2

Answer: We calculate the force using the following formula F=ma

FAQs Related to Newtons Law and its Real-Life Applications

Q. What are Newton’s laws of motion?

A. Newton’s laws of motion relate an object’s motion to the forces acting on it. In the first law, an object will not change its movement unless a force acts on it. In the second law, the force on an object is equal to its mass times its acceleration. Finally, when two bodies interact in the third law, they apply forces of similar magnitude and opposite direction.

Q. Why are Newton’s laws of motion important?

A. Newton’s laws of motion are essential because they are the foundation of classical mechanics, one of the main branches of physics. Mechanics is the study of how objects move or do not move when forces act upon them.

Q. Who discovered the three laws of motion?

A. The great scientist Sir Isaac Newton discovered the three laws of motion. He also discovered Newton’s Law of Gravitation.

Q. What are some daily life examples of Newton’s 1st and 3rd laws of motion?

Q. What are the three laws of motion?

So now that you know about Newton law, why don’t you try to tell about it by joining embibe? Sign up on Embibe to get practice questions and test series. It is entirely free of cost, where you get shortcuts, hints, tips, and solutions to solve the questions quickly and easily. So try it today.