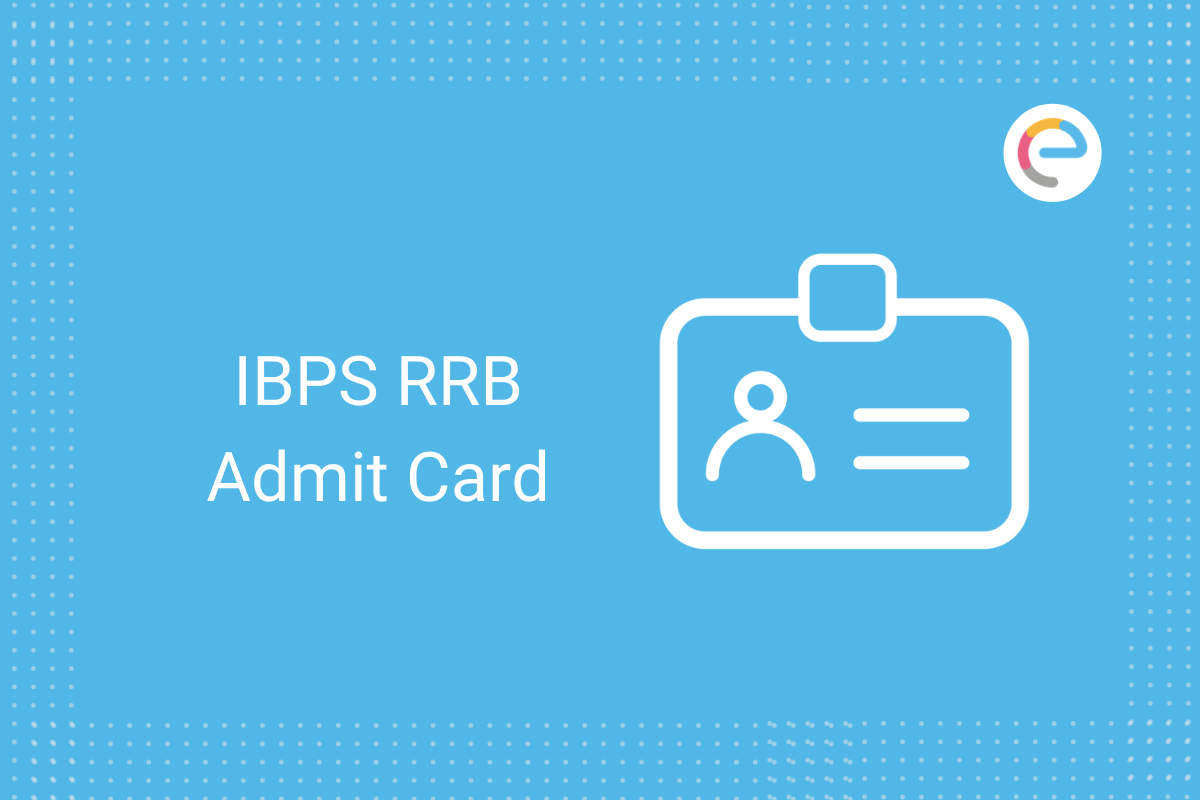 IBPS RRB Admit Card 2020-21: The Institute of Banking Personnel Selection (IBPS) has released RRB Office Assistant Mains Admit Card on February 03 at ibps.in. The exam is scheduled to be conducted on February 20, 2021. The candidates who have qualified the prelims exam for IBPS RRB Office Assistant can download the admit card from the official website. Candidates can download IBPS RRB office assistant admit card from the direct link provided here. To download IBPS RRB Call letter, candidates will have to log in using ‘Registration Number’/ ‘Roll No.’ and ‘Password’/ ‘Date of Birth’.

Candidates must go through the details mentioned on the admit card to ensure its correctness. In case of any discrepancy, report it to IBPS at the earliest. IBPS RRB online exam is conducted in two phases i.e., Prelims & Mains. Separate admit card is released for both the stages of exam. In this article, we have provided all relevant details on the IBPS RRB exam call letter 2020-21. Read on to find out!

Before we get into the details of the IBPS RRB Admit Card 2021, let’s have a look at the important dates from the table below:

The officials release the IBPS RRB Admit Card for Officer Scale I and Office Assistant posts through online mode. In order to download IBPS RRB Call Letter, candidates will have to visit the official website of IBPS and log in with their login credentials. The steps to download IBPS RRB Prelims Hall Ticket are as under:

Candidates must compulsorily carry the hardcopy of the IBPS RRB Call Letter/Admit Card on the exam day. Besides that, candidates must also carry a valid Photo ID proof (in original + photocopies of the same). Without these documents, candidates will not be allowed to appear for the exam. The documents which can be carried along as valid ID proofs are given below:

Quick Note:
– Ration Card and Learner’s Driving License will not be accepted as valid ID proof.
– Candidates who have changed their name will be allowed only if they produce Gazette notification or their original marriage certificate or affidavit in original.

The officials releases the IBPS RRB Admit Card separately for each stage of the exam. Check the stage-wise IBPS RRB hall ticket details from below:

Go through the important points on IBPS RRB 2021 Hall Ticket from below:

IBPS has released COVID 19 safety guidelines which are to be followed on the exam day. Check the details from below:

In case of any discrepancy or difficulty in downloading the admit card, candidates can contact the officials to get the issue resolved. The IBPS contact details are as below:

Let us look at the IBPS RRB Exam Pattern for Office Assistant and Officer Scale 1 posts given below:

Let us look at the IBPS RRB Mains Exam Pattern for Office Assistant and Officer Scale 1 posts from below:

The frequently asked questions regarding IBPS RRB Call Letter are as follows:

We have now provided you with all the relevant details on IBPS RRB Admit Card 2020-21. Now it is time to focus on your preparation. Finish the entire syllabus thoroughly for all sections. Also, take IBPS RRB Online Tests at Embibe.

Taking these tests and going through the test analysis will help you to identify your weaknesses and mistakes. Working on your mistakes and weaker sections will, in turn, improve your score and help you move ahead in the right direction.

If you have any doubts or queries pertaining to the IBPS RRB Hall Ticket, feel free to post it in the comment section below. We will get back to you at the earliest.

Stay tuned to embibe.com for the latest updates on IBPS RRB Admit Card 2020.