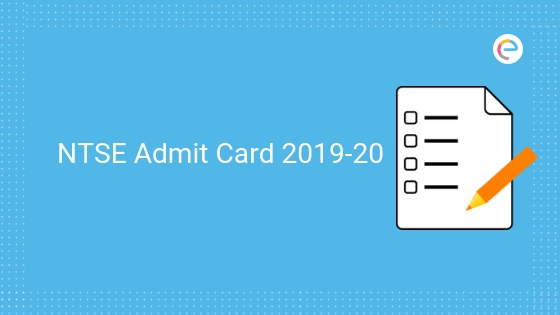 Stage 1 of the National Talent Search Examination (NTSE) 2019-20, which is a state-level exam conducted by the State Council of Educational Research and Training (SCERT). Only candidates who successfully fill up the NTSE application form and apply for the exam will get the NTSE Admit Card.

In this article, we will provide you with all the information regarding NTSE Admit Card 2019. Read on to find out.

Find Out Everything About NTSE 2019 Here

Before getting into the details of NTSE Admit Card 2019, let’s have an overview of the exam:

As you can see, NTSE is conducted in two stages – Stage 1 (State Level) and Stage 2 (National level).

The important dates for NTSE 2019 are tabulated below:

NTSE Admit Card will be released separately for the two stages of the exam:

The following details will be mentioned in the NTSE Admit Card:

The frequently asked questions regarding NTSE Admit Card are tabulated below:

At Embibe, you can solve NTSE practice questions and take NTSE mock tests for free which will benefit you at every step of your preparation. You will get a proper idea about where you are standing and you can plan the next stage of your preparation accordingly.
Take Free NTSE Mock Test Here

We hope this detailed article on NTSE Admit Card helps you. If you have any query, feel free to drop a comment below or ping us. We will get back to you.