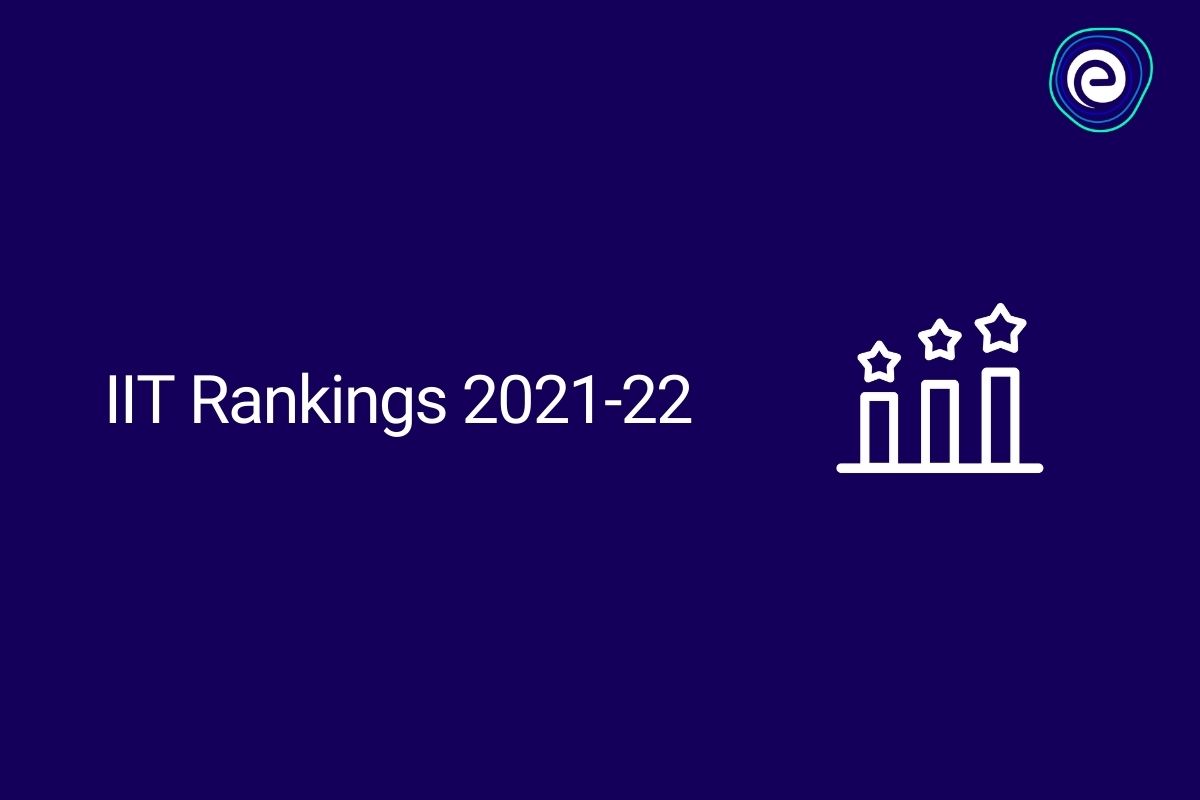 IIT Rankings 2022: The Consortium of Indian Institute of Technology announces JEE Advanced Results based on which JoSAA counselling for IITs, NITs, IITs, and other GFTIs are organized. It’s imperative that candidates participating in the JoSAA counselling and seat allocation procedure must be aware about the top-ranking IITs. Candidates whose rank is high enough must get admission to engineering courses within IITs, then it is ideal to check the latest IIT ranking by National Institute Ranking Framework.

The ranking shown by NIRF is considered by many yardsticks while comparing institutes during the admission procedure. Read this article as we have aligned the top-ranking IITs according to the NIRF in this article.

Candidates whose rank is high enough must get admission to engineering courses within IITs, therefore it is ideal to check the latest IIT ranking 2022 by National Institute Ranking Framework. The IIT ranking in India as shown by NIRF is considered by many yardsticks while comparing institutes during the admission procedure.

Read this article as we have aligned the top-ranking IITs according to the NIRF in this article. Eligible qualified students must have a fair idea of IIT colleges in India rank wise which helps them to prepare as per the set target rank. There is a total of 23 IITs in India and these are considered the most renowned and top colleges in the country.

The rankings for the IIT colleges of 2022 is yet to be released. Meanwhile, candidates can go through the rankings of the colleges for the previous years. The MHRD releases NIRF ranking for all institutes, including each IIT college, across the country on parameters that broadly cover “Teaching, Learning and Resources,” “Research and Professional Practices,” “Graduation Outcomes,” “Outreach and Inclusivity,” and “Perception.

Ranking for IIT colleges in 2021

Ranking for IIT colleges in 2020

Preceding, even in the year 2020, only 17 of 23 IITs participated in the NIRF ranking. The IIT rankings 2020 is tabulated below:

There are a couple of things that a student must understand when viewing these NIRF rankings of IITs by MHRD.

How Can You Get Into Institutes With Top IIT Rankings?

In the below questionnaires we have mentioned some of the most important frequently asked questions related to the IIT Ranking 2022. The candidates who want to check can follow them and clear out their doubts regarding the same.

Q. How many IITs are there in India?
Ans: There are a total of 23 Indian Institutes of Technology (IITs) in India.

Q. What is the rank of IIT Kharagpur?
Ans: Indian Institute of Technology Kharagpur is in the fifth position.

Now that you have a clear idea about the IIT Ranking 2022, make the best use of the remaining time. Prepare well and score as high as possible. Take JEE Main Mock Tests and work on improving on your weak areas. Rectify your mistakes and do not make the same mistakes in the actual exam.

We hope that this detailed article on IIT Ranking 2022 helps you. If you have any queries regarding the JEE Main and JEE Advanced exams in general, feel free to ask in the comment section below. We will get back to you at the earliest.

Stay tuned to Embibe to get the latest updates on the IIT Ranking 2022!