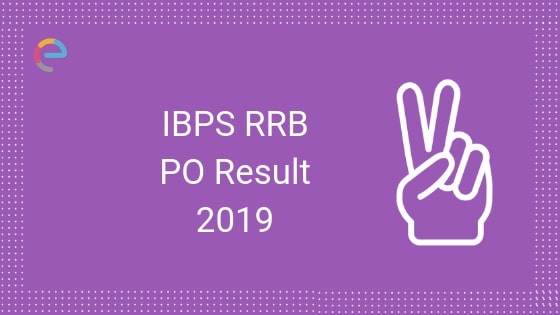 While IBPS RRB Office Assistant (Multipurpose) Mains was conducted on 20th October 2019 and the result for the same is much awaited. The IBPS RRB Exam is conducted for the recruitment of Group A – Officers (Scale I, II and III) and Group B employees. Lakhs of candidates appeared for the prestigious examination that was held for the recruitment to Scale I, II and III positions.

As the IBPS RRB Scale I, II, & III result has been released, the shortlisted candidates will now be called for the interview as per the schedule. The IBPS RRB Officer Scale 1 interview is expected to be conducted tentatively conducted in November 2019.

The final merit after IBPS RRB Officer scale 1 result consists of the scores of both the mains examination as well as the interview. Having said that, the preliminary stage is also significant because that is where the initial screening takes place.

The paper this year was from easy-moderate range and quite scoring. The section on Quantitative Aptitude was moderate and doable. The DI’s in the paper was of a Calculative in nature. The section on reasoning was of an easy to a moderate level. The questions of seating arrangements and puzzles were. A grip over the concepts asked will go a long way in deciding the fate of the candidates waiting for their IBPS RRB Officer Scale 1 result.

On completion of the mains examination plus the interview process depending on the vacancies to be filled in as per the business needs of the RRBs and as reported to IBPS, candidates shortlisted will be provisionally allotted to one of the RRBs, based on merit-cum-preference keeping in view the spirit of Government.

No change in the data already registered by the candidate in the online application form is possible. For Office cadre, the provisional allotment after the IBPS RRB Officer Scale 1 result shall be restricted within the RRBs of the State opted for. A candidate belonging to reserved category, selected on the basis of norms as applicable to General Category, will be treated at par with a General category candidate. Such own merit candidates belonging to reserved categories who are provisionally allotted under unreserved (General) category will not be adjusted against a reserved post.

However, their original category as registered in the online registration will remain unchanged. In the event of two or more candidates having obtained the same score, merit order is decided as per date of birth (the candidate senior in age is placed before/ above the candidate junior in age), as per the prevailing practice.

Q1. When will the IBPS RRB PO result release?
A1: The IBPS RRB Officer Scale 1 Result for Prelims was declared on 16th September 2019.

Q3. Can a candidate question the IBPS RRB PO result in court?
A3: IBPS RRB Officer Scale 1 result is prepared in accordance with all norms. So there is no scope of any discrepancy.

Q5. Will the IBPS RRB PO result be issued separately for each category?
A5: No. The IBPS RRB Officer Scale 1 result will be issued together for all categories.

Now that you have a detailed article on IBPS RRB PO Result, we hope you do not face issue while downloading the scorecard. We recommend that you start preparing for the IBPS RRB PO Mains from now on to get the most out of your preparation. As the exam pattern of IBPS RRB Officer Scale 1 is similar to that of IBPS PO Mains, you can take IBPS PO Mains Mock Test on Embibe to help you with your study.

We wish all the dedicated IBPS aspirants our very best. May the best candidates make it through. For any queries or concerns pertaining to any aspect of the IBPS RRB PO result 2019 or the exam in general, feel free to reach out to us in the comments section below.