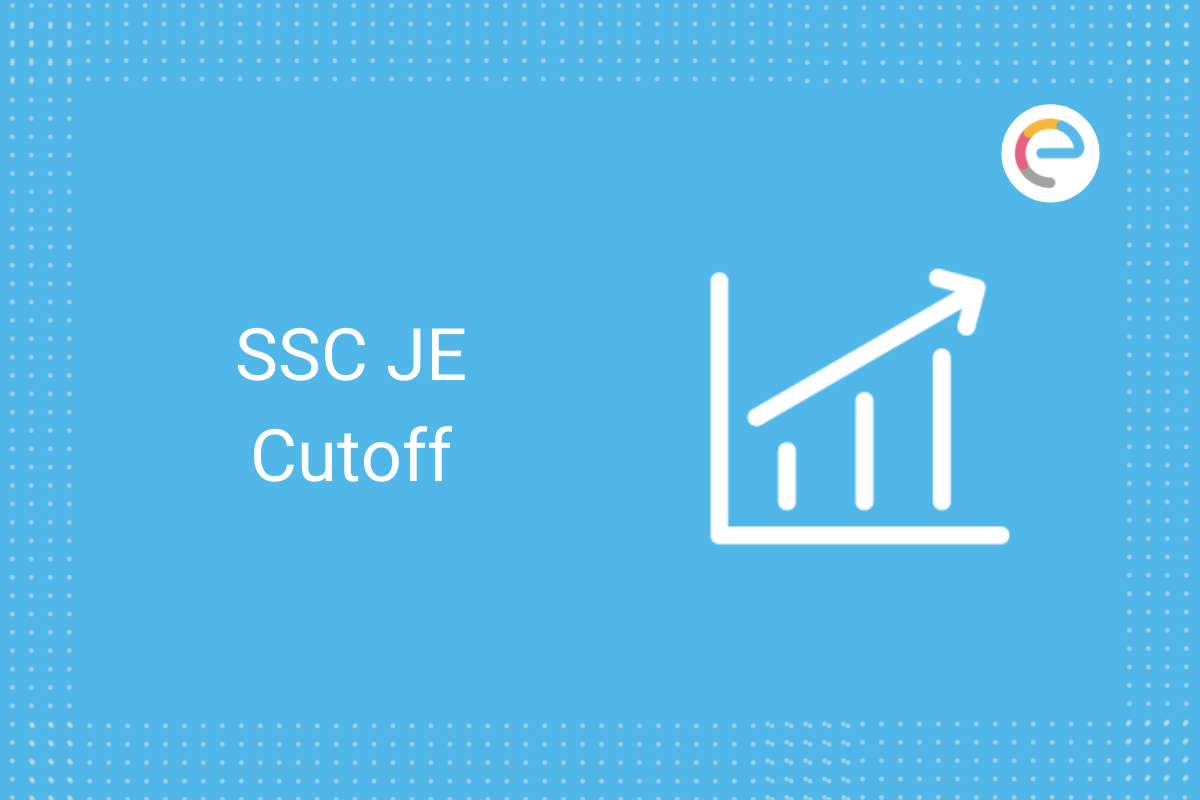 SSC JE Cut Off 2021: Staff Selection Commission has released SSC JE Tier 1 Cutoff 2019-20 on March 1 along with the result. Candidates can check SSC JE cutoff marks for Paper 1 (SSC Civil, Electrical and Mechanical engineering) on the official website of Staff Selection Commission: ssc.nic.in. The cutoff mentions the minimum qualifying marks for each category and branch.

On the basis of cut-off marks, a total of 4640 candidates have qualified for appearing in the SSC JE paper 2. In this article, candidates will know the detailed SSC JE Cut Off 2021, 2020, 2018, 2017 and 2016 based on the categories and posts. Knowing the SSC JE Cutoff marks will help candidates to prepare for forthcoming SSC Junior Engineer examinations.

SSC JE Cutoff PDFs for Civil, Electrical and Mechanical sections have been released on the day of the result. SSC JE Cutoff Score is decided by the Staff Selection Commission for selecting aspirants for the next round of selection process of Junior Engineers. SSC JE Cut off score decides eligible candidates in each level of the exam.

SSC JE Cut Off score is used as a parameter to sort out aspirants having a higher rank in the merit list for subsequent rounds. The cut-offs are released by the SSC for both Papers I and Paper II.

Here are the factors that will decide the SSC JE Cutoff:

SSC JE tier 1 cutoff 2019-20 for paper 1 has been released. Check below the category wise cutoff for SSC Civil, Electrical and Mechanical Engineering:

Candidates can check SSC JE cutoff by following the steps mentioned below:

The SSC JE Cutoff is released as per the different categories and posts. The officials have released the SSC JE Civil Engineering and SSC JE Electrical & Mechanical Engineering Cutoff separately. Here are the SSC JE 2019 cutoff:

*In addition, 45 SC, 26 ST, 163 OBC, 83 EWS and 01 OH candidates who have qualified at UR cut-off have been shown under their respective categories only.

The category wise SSC JE cutoff Score for Civil Engineering is given below:

SSC Cut off marks are decided by the organization according to category wise. If two or more candidates avail the same SSC JE Expected Cutoffs 2020 then the tie will get the break on the basis of total marks in the written test, Marks in Paper-I, Marks in Paper-II, Date of birth, with older candidates, placed higher, the Alphabetical order in the candidate’s first names.

The selection procedure of SSC JE includes – Paper 1 and 2 exams. Candidates qualifying Paper 1 will have to appear for Paper 2. Candidates will be shortlisted for appointment by the commission on the basis of total marks secured by candidates in SSC JE Paper I and II and preference of posts. Aspirants may get knowledge about the minimum marks which are required to get the recruit on respective post.

Plan your preparation keeping in mind the SSC JE Cut off score. For any queries pertaining to any aspect of SSC JE exam, feel free to post comments in the section below. We will get back to you at the earliest and resolve them for you.