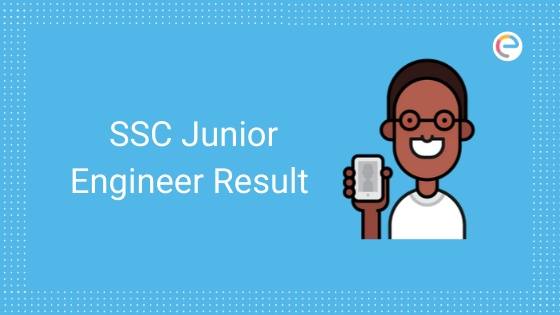 SSC JE Result 2019: The Staff Selection Commission has announced the SSC Junior Engineer Paper 1 Result on the official website. All the candidates who had appeared for the tier 1 online test can now check their SSC JE 2019 Result from here. The SSC JE result is released as a merit list consisting of the Name and Roll Number of the qualified candidates. All the candidates who are included in the merit list will now be eligible for the SSC JE Tier 2 Test (Descriptive Test). Besides, as per the official announcement, the SSC JE Tier 2 exam will be held on December 29.

The cutoff of SSC JE 2019 is declared by the commission along with the results of SSC JE Paper1. Candidates appearing for SSC JE 2019 cutoff to have an idea about the minimum marks they must score to be considered qualified in the junior engineer recruitment. The category wise and discipline wise SSC JE cutoff of 2019 is given in the tables below.

Category Wise SSC JE Cutoff Score for Civil Engineering are given below.

The category wise SSC JE cutoff Score is given below.

The Final SSC JE Result was declared based on the marks obtained by candidates in Paper I and II exam. Merit list was prepared for candidates who secured qualifying marks in both the papers. Based on ranks and post preferences, candidates are allotted into various departments.

SSC JE undoubtedly comes up with alluring salary and perks. SSC JE In Hand Salary is 33,000 approximately and after 7th pay commission, you will get a salary of 44,000 in SSC JE Post.
You will get allowances as well:

i) Dearness Allowance (DA)
ii) Special Allowance
iii) Medical Allowance
We hope this detailed article on SSC JE Final Result helps you. For any query regarding SSC JE Result or the exam in general, feel free to drop a comment below and we will get back to you at the earliest.