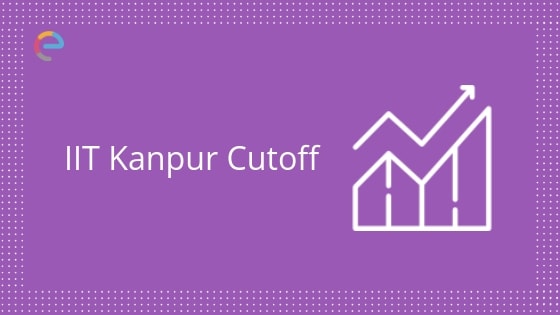 IIT Cutoff 2019: IIT Kanpur Cutoff is the minimum ranks that a candidate needs to secure in order to be qualified for getting the seat in a particular course in a college. It is advisable that a candidate try to score as much as more than the cutoff in order to be on the safe side. The authorities will consider various factors to form the IIT Kanpur cutoff. It has to be noted that for each category there will be separate cutoff. We have represented the IIT Cutoff in terms of Opening and Closing Rank. We will update this article once the IIT Kanpur releases the cutoff for the year 2019. Candidates can read this article to find out what was the IIT cutoff for the previous year.

The authorities will consider these factors while preparing the IIT Cutoff.

We hope that this article on IIT Kanpur Cutoff has helped you. If you have any doubts or queries pertaining to IIT Kanpur Cutoff, feel free to post it in the comment section below and we will get back to you at the earliest.

Stay tuned to embibe.com to know more about NPAT Syllabus.