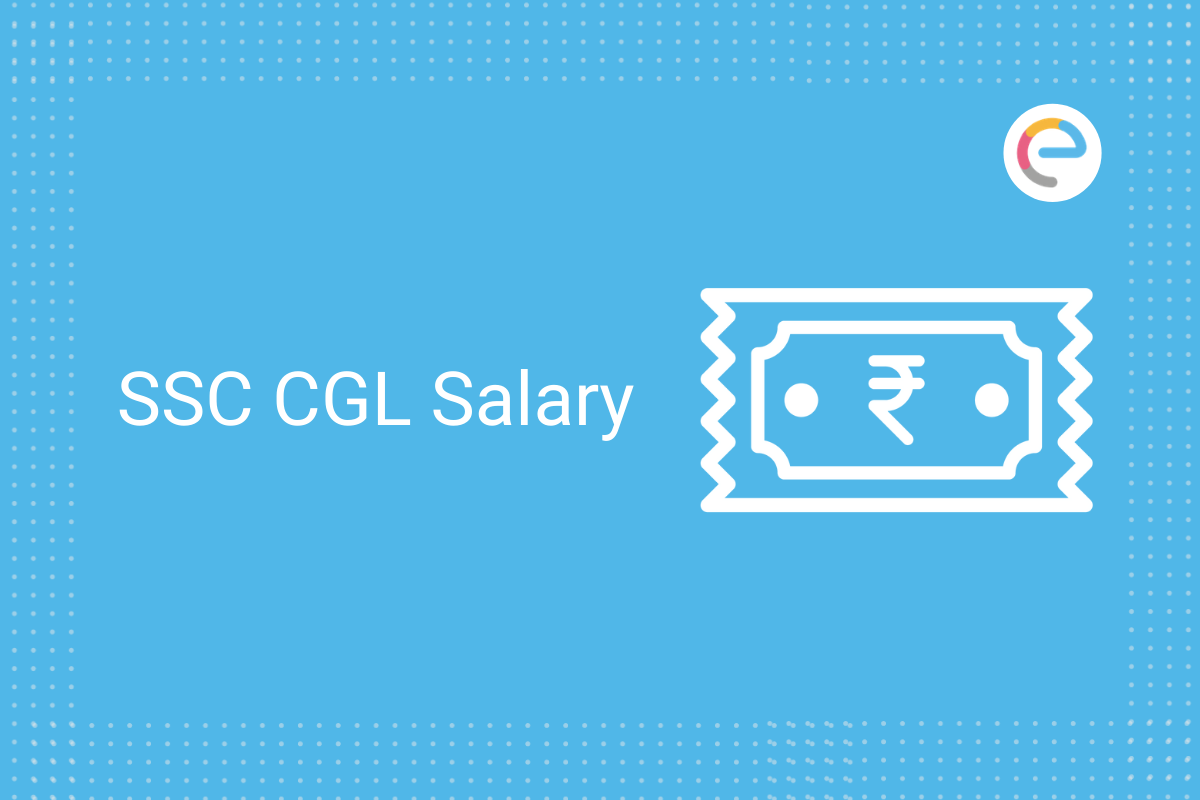 SSC CGL Salary: SSC Combined Graduate Level (CGL) Exam conducted by the Staff Selection Commission offers excellent salary and perks to candidates recruited in Grade “B” and “C” category posts in various Government Ministries/ Departments/ Organizations. Candidates aspiring to secure a job in the government sector through CGL exam must be thinking what is SSC CGL Salary. Depending on the type of SSC CGL Job Profile, SSC salary will be decided by the officials. CGL Salary after the 7th Pay Commission varies from a minimum of ₹18,000 to ₹2,50,000 (including perks). The Tier 1 Exam has been postponed until further notice due to the covid 19 pandemic.

The SSC CGL salary structure consists of different Pay Levels. Under each pay level, a pay scale is defined. All the posts under that ssc pay scale will be eligible for a salary in the respective pay scale range. In this article, we have provided detailed information on SSC CGL Posts and Salary along with job profile details. Read on to find out Salary of SSC CGL.

The Staff Selection Commission (SSC) conducts the CGL exam to recruit candidate for total 34 Group B and Group C posts. The salary of candidates depends on the post for which they have been selected. There are different pay levels under which different SSC CGL Posts fall. The table below highlights the SSC CGL Pay Levels and the pay scale for the respective levels.

SSC CGL 2021 Notification was released on 29th December 2020. SSC CGL is conducted to recruit candidates for different posts under different pay levels. The salary package and the allowances given to the SSC CGL employees are different for different posts. The post-wise latest SSC CGL job salary is given below:

Candidates who are preparing for CGL exam conducted by Staff Selection Commission can check the following links. They will be very helpful for preparation.

The deductions as per the SSC CGL job profile and salary structure are given below:

The 7th Pay Commission has proposed the following HRA which varies according to the types of cities. Cities are classified into Class X, Y, and Z based on factors like population, cost of living, and urbanization. Check the classification of different HRA for different cities from the table below:

What Is The SSC CGL Salary Per Month?

The SSC CGL Salary per month depends upon the employees job role and city under which they have been posted. Based on classification of City, Post and Level the employee salary range would be around 25,000 to 55,000.

SSC CGL Allowances – HRA & Travel Allowance: Candidates selected through SSC CGL are entitled to House Rent Allowances which varies according to their place of Posting. HRA shall not be less than Rs. 5400/- pm, Rs. 3600/- pm and Rs.1800/- pm at X, Y & Z class cities respectively.

Travel allowance (TA) admissible to candidates on qualifying the CGL examination also varies depending on the cities. The table below gives details regarding the HRA and travel allowances for SSC employees posted in different cities:

All the candidates who are selected in SSC CGL are entitled to House Rent Allowances (HRA) which depends on their place of posting. HRA shall not be less than ₹5400/- pm, ₹3600/- pm and ₹1800/- pm in X, Y & Z class cities respectively.

The job profiles of different posts under SSC CGL are as under:

As we have gone through the SSC officer salary, let’s have a look at the SSC CGL selection stages.

Here we have provided some of the frequently asked questions related to SSC CGL officer salary:

We have now provided you with all the details on SSC CGL exam salary. Focus on your preparation now. Along with your daily study routine, take free SSC CGL Mock Tests on Embibe to test yourself. This will help you be on track and learn from your mistakes.

We hope this detailed article on SSC CGL Salary helps you. If you have any queries regarding the exam in general, drop a comment below and we will get back to you.