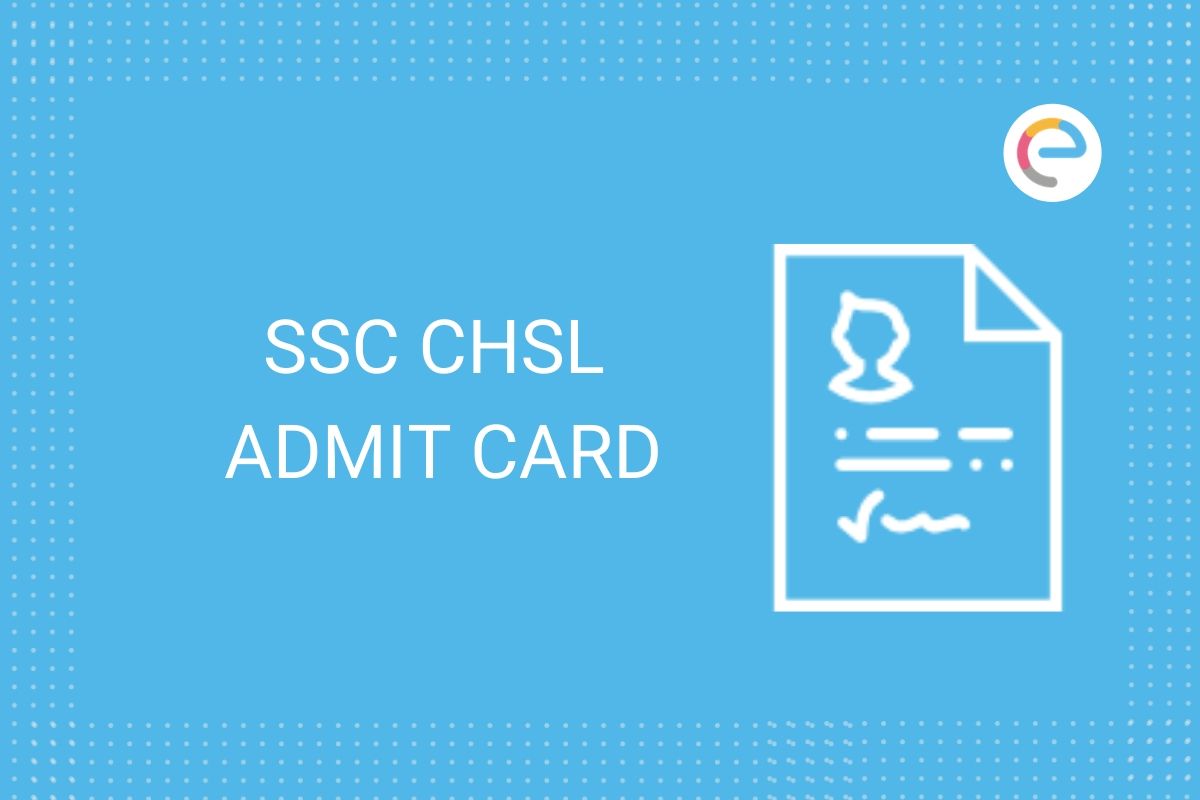 SSC CHSL Admit Card 2021: The Staff Selection Commission (SSC) has released SSC CHSL admit card 2021 for Tier I exam on the official website of SSC at ssc.nic.in. The exam is scheduled to be conducted from April 12 to April 26, 2021. The candidates who have filled the application form successfully can download their admit card using their login id and password. The candidates whose exam center is in West Bengal, their exam has been postponed to May 21 and 22 due to ongoing election is West Bengal.

SSC has released the Tier 1 admit card on the regional SSC websites. The admit card for Northern Region is yet to release and we will update it here once released.
Click Here to check the exam day guidelines for SSC exams.

Before getting into the details, let’s have an overview of SSC CHSL 2020-21:

SSC has started to release the SSC CHSL Tier 1 Call Letters on the regional official websites. The SSC CHSL 2021 Tier 1 Application Status is released for all regions. Candidates can download call letter and check application status from the links provided in the table below:

The SSC CHSL Teir 1, 2, 3 exam call letter is released in online mode. Thus, candidates need to know how to download SSC CHSL Admit Card. The steps to download the SSC CHSL 2020 Call Letter from the official website of SSC are as follows:

To appear for SSC CHSL 2020 Tier 1 exam, candidates should carry the following with them to the exam center:

Quick Note: Candidates are advised to carry the same photograph which was used by the candidate during the application process.

It is compulsory for candidates to carry the hardcopy of the admit card along with other necessary documents. If a candidate does not possess a valid SSC CHSL Call Letter/Admit Card, then he/ she will not be allowed to take the test. Now, let’s go through the list of documents which can be carried as proof of the identity:

Candidates will have to make sure that they carry a valid proof to prove their Date of Birth (DOB). If a candidate is not able to prove his DOB, then he/she will not be allowed to take the test.

Also, there must be no mismatch of DOB between the admit card and the document submitted as proof of birth. Let’s go through the list of documents that can be accepted as valid proof of birth.

The following items will be allowed in the exam hall:

Go through the key points for SSC CHSL 2021 exam to make sure you are not missing out on anything important:

Here are some of the FAQs and their answers:

Q2. How can I check the Application Status for SSC CHSL 2021 Exam?

A. SSC CHSL 2021 Tier 1 application status has been released on the official website on March 27, 2021. Candidates can also get the region-wise official links in this article.

A. You can download the SSC CHSL 2021 Tier-1 Exam admit card from the official website. You can also download the hall tickets through the region-wise links provided in this article.

A. SSC has started to release the region-wise admit card on the regional SSC websites. Candidates can check this article for the latest admit card download links.

Q6. What items are allowed in the exam hall?

Q8. Can I get my admit card in offline mode?

A. No, the admit card will not be released in offline mode.

Q9. Can I change my test center after the release of the admit card?

A. No, you cannot change the test center once it is allotted by the officials.

Q10. Should I preserve the admit card even after the exam is conducted?

A. Yes, you should preserve the admit card/call letter for all the phases of the exam until the complete recruitment process is over.

Q11. There is an error in my admit card. What should I do?

A. In case of any error on the admit card, candidates will have to immediately report it to the official authority to resolve the issue.

We have now provided you with all the details on SSC CHSL Admit Card 2020-21. Make sure that you download your admit card on time and be ready with the requirements well before the exam day.

For now, gear up with your SSC CHSL Preparation. Take SSC CHSL Mock Tests to enrich your knowledge and to minimize your mistakes.

We at Embibe provide you with free SSC CHSL Mock Tests which will help you solve the real exam-like questions and learn from your mistakes. Taking these tests will improve your conceptual knowledge and will provide you with a hands-on experience of the real exam. This will also help you discover and correct your mistakes to make sure you don’t repeat them in the actual exam.

We hope this article on SSC CHSL Admit Card helps you. If you have any questions, feel free to ask in the comment section below. We will get back to you at the earliest.