Sai Teja never did things in half measures! He scored 345 out of 360 in the JEE Main. If not for the incorrect questions in the paper, he might have scored 360 out of 360!

No doubt, it’s an incredible score. Let’s dive in a little deeper into how Sai Teja takes tests.

He had taken a JEE Main test on Embibe as well, and scored a whopping 340 in that as well. But he still lost 20 marks. Let’s take an inside look at his Embibe test, shall we? 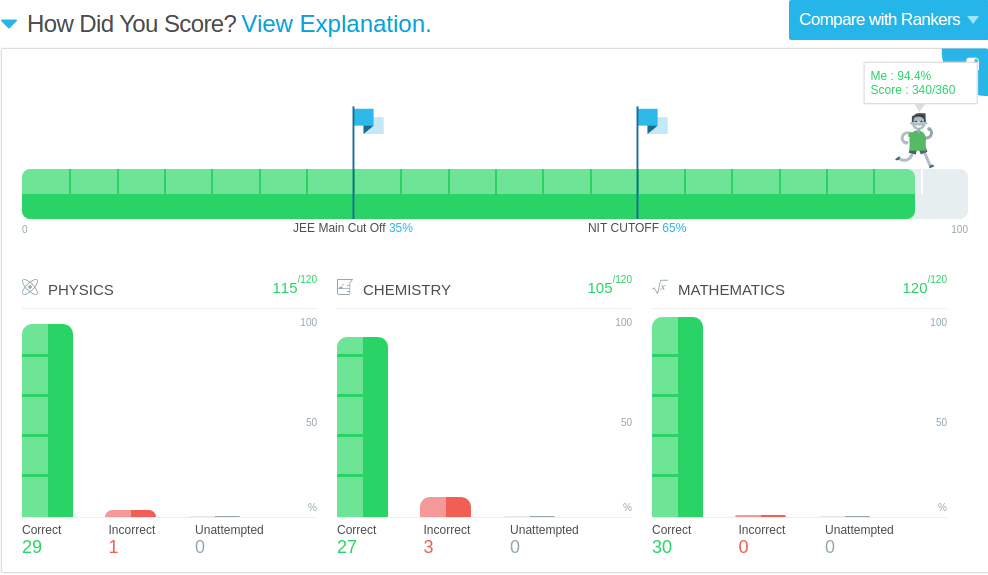 Not bad. Though he is incredibly good at all the subjects, he still made 3 mistakes in Chemistry that put him back by 15 marks! 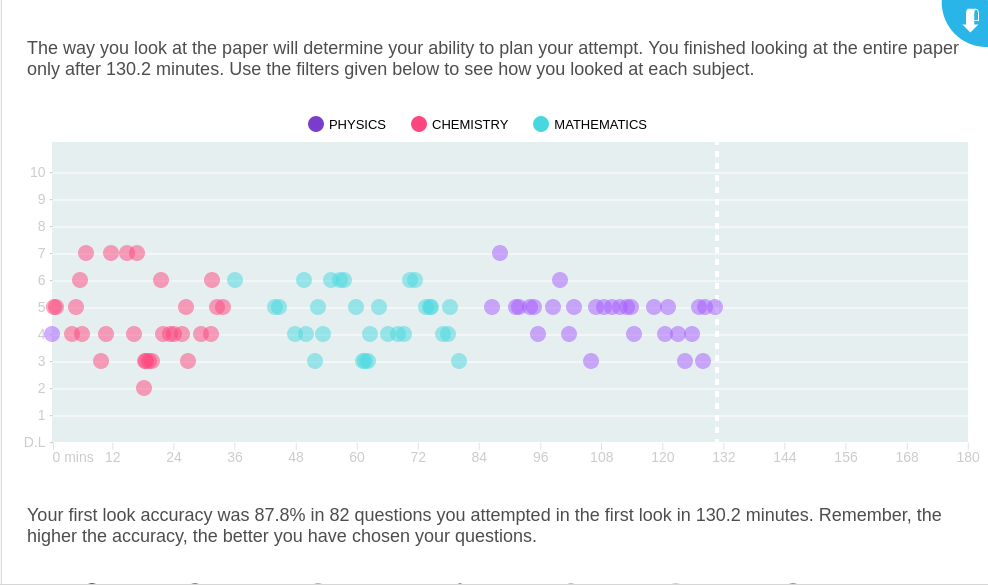 Here is the secret sauce. He took 130 minutes to go through the entire paper for the first time. This gave him almost 50 minutes for revision.

What he could improve – 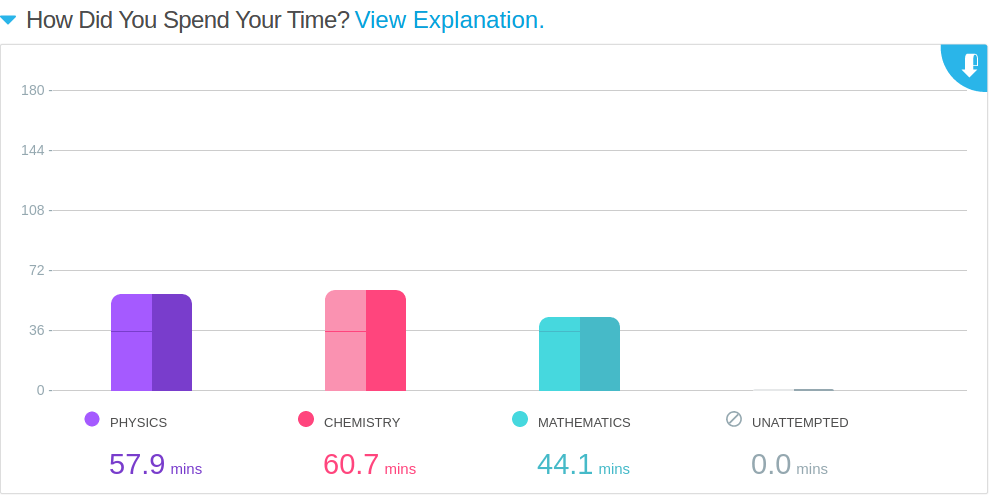 This just goes to show how amazing he was at Mathematics and Physics! 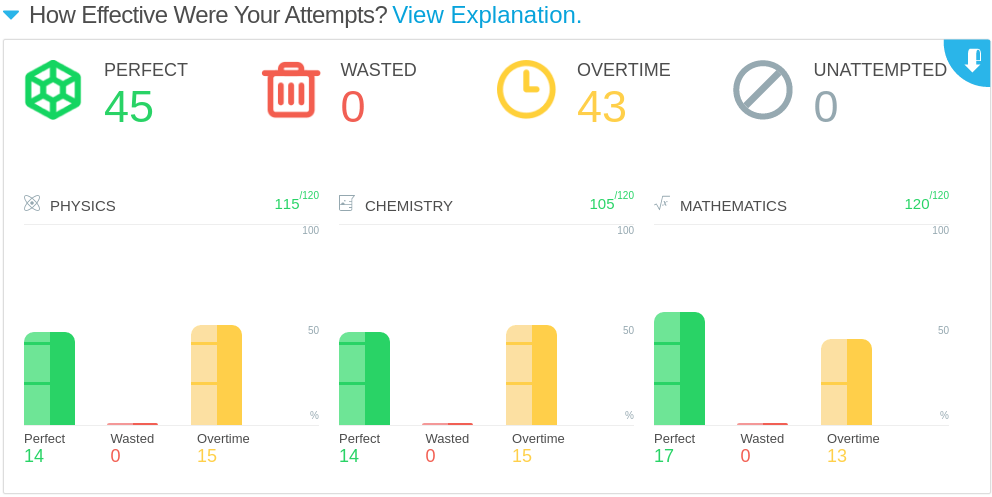 All students, including toppers, have overtime attempts when they face tricky questions they haven’t seen before. The smartest students can figure these questions out, but it still wastes valuable time! With most of his overtime attempts in a subject which is supposed to be the easiest, Sai was still on the back foot in Chemistry!

Here are the chapters that Sai got stuck in during the Embibe test. However, it was alright because after this test, he still had a lot of time to work on these weak chapters! 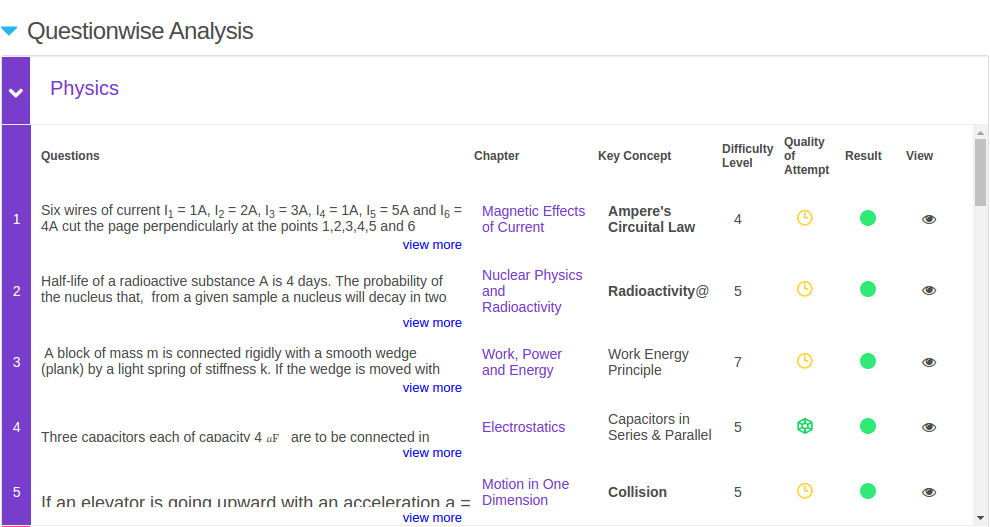 After every test on Embibe, you can go through each question in the test to see what were the key concepts involved in those chapters. For example, if Sai was going overtime in questions related to the concept of Ampere’s Circuital Law, that would mean that he didn’t remember the right formulae or struggles to apply them. He could quickly brush up these concepts on Embibe!