You must be perplexed about how possibly can a student score as much as Sai Praneeth scored in JEE Main 2016.

He says the analysis of the tests help him guide his subsequent efforts and time.

He’s a great student! A score of 355 is phenomenal and he would have scored perfectly if not for one mistake in chemistry.

Here is the secret sauce. He saw the entire paper for the first time in 120 minutes, this gave him about 70 minutes for revision.

What he could improve – 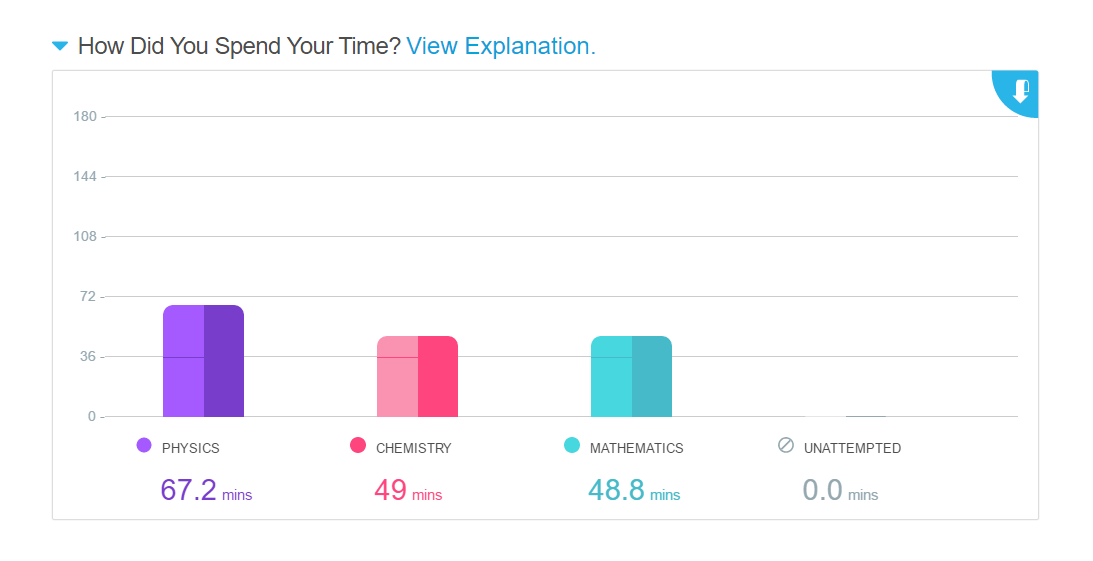 This just goes to show how amazing he is with his subjects! 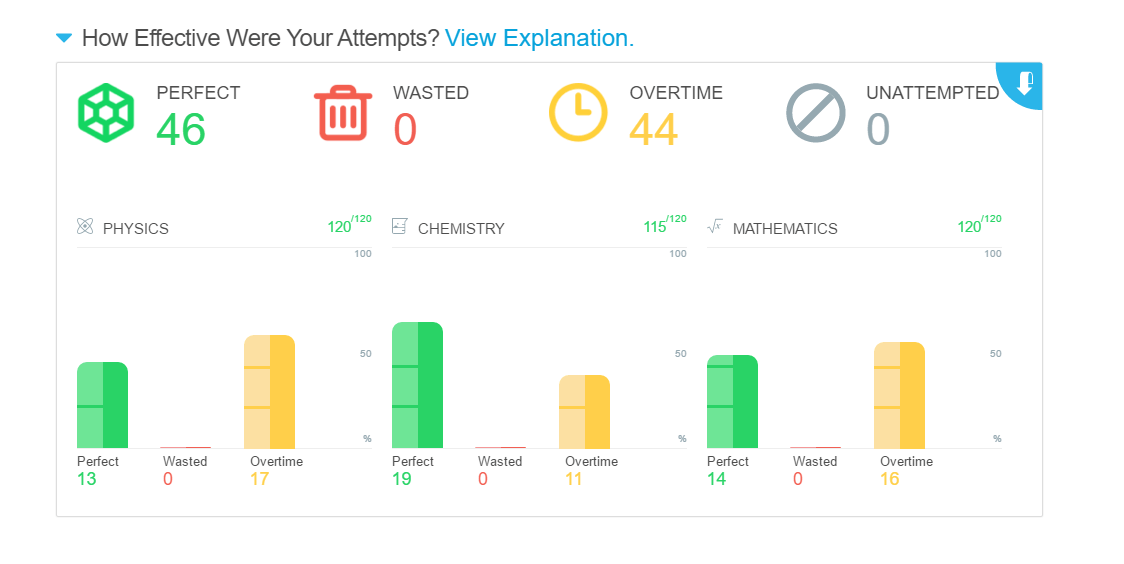 All students even toppers have overtime attempts, when they face tricky questions they haven’t seen before. The smartest students can figure these questions out, but it still wastes valuable time! Sai can still work on his speed in all the subjects.

Of course, there was only one question that he got wrong and it was in this chapter. It’s alright though, after this test, he still had a lot of time to work on these weak chapters now that he knew what they were!

After every test on embibe you can go through each question in the test to see what were the key concepts involved in those chapters. For example, if Sai is going overtime in some questions, it would mean that he doesn’t remember the right formula/equation or struggles to apply them. He can quickly brush up these concepts on embibe!

It’s time for Sai to work on his JEE Advanced preparation. Hopefully, this post has helped you understand how embibe’s analysis can improve your score no matter how well you’re already scoring! Take a Test on embibe and improve your score too!

Master JEE Main with Tests at Par with Real Exams

Master JEE Main with Tests at Par with Real Exams