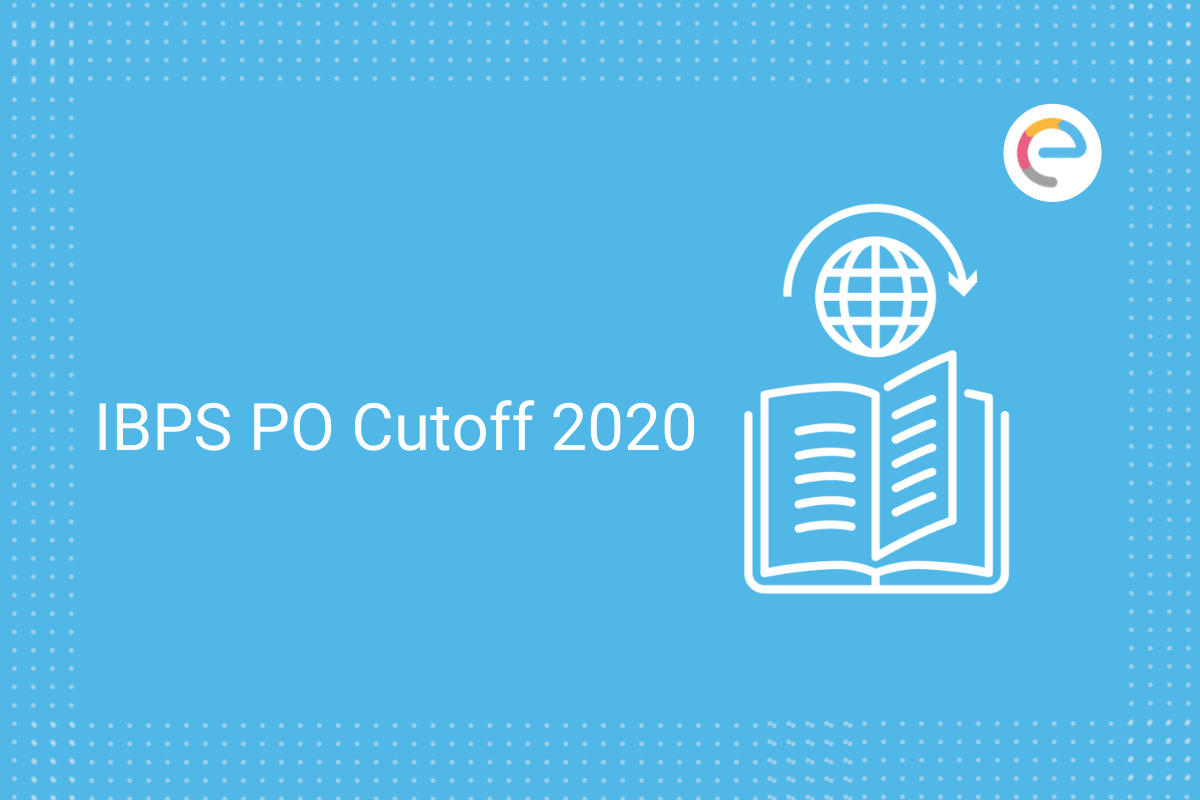 IBPS PO Cutoff 2020: The IBPS PO 2020 exam is conducted for the recruitment of 1417 probationary officers in around 11 public sector banks across India. Once the IBPS PO Prelims Exam will be completed, cut off will be released. With the release of IBPS PO cutoff marks, candidates will have a clear idea of the minimum qualifying marks for the prelims exam.

IBPS PO Cutoff is the minimum marks that must be scored in each stage of exam to appear in the next stage. IBPS PO exam has three stages – Prelims, Mains and Personal Interview. Candidates must clear the IBPS PO Cutoff of Prelims to appear for the Main exam. Likewise, only those candidates who clear the IBPS PO Cut Off of the Main exam will be called for Personal Interview. In this article, we will provide the official IBPS PO Cut Off of previous years.

There are three phases in the recruitment process of IBPS PO (Management Trainee), namely, the Preliminary exam, Main Exam, and Personal Interview. Both Prelims and Mains have two different kinds of cutoffs – Section-wise Cutoff and Overall Cutoff. Both the cutoffs of each of these phases must be cleared in order to qualify for the next phase.

Candidates should also remember that the Preliminary exam is just a screening test. The score in the Preliminary exam is just used for screening, i.e. to shortlist candidates, and will not be considered for final merit listing. However, candidates must score as high as possible in the Main exam and Personal Interview in order to ensure provisional allotment. Taking  IBPS PO mock tests is, thus, a must if you want to score higher.

There are three factors:

Check the IBPS PO cutoff from the table below:

The IBPS PO 2018 section-wise cutoff for the general category are as follows:

The overall Cutoff for Mains 2017 for different categories are tabulated below:

The sectional Cutoff for Prelims 2017 are tabulated below:

How To Clear IBPS PO Cut Off?

Keep the following points in mind while preparing for IBPS PO exam:

No, clearing the IBPS PO cut off means you will be able to appear for the next stage of the recruitment process. To ensure provisional allotment, you have to score high and be on top of the final merit listing.

2. Is clearing the sectional IBPS PO cutoff (for both Prelims and Mains) enough to appear for the next stage of the recruitment process?

No, for both Prelims and Mains, clearing both sectional and overall IBPS PO cut off is a must to appear for the next stage.

3. Does the IBPS PO cutoff change every year?

Yes, the IBPS PO cut off changes every year based on the number of candidates, number of vacancies, and the difficulty level of the exam.

Keep the IBPS PO Cut off in mind while you prepare for IBPS PO exam 2020. Take  IBPS PO mock tests at every stage of your preparation. Analyze your performance and work on the mistakes you make in the tests. At Embibe, we provide free bank mock tests that you can take once you have finished the whole IBPS PO syllabus.

For any clarification regarding IBPS PO Cutoff or the exam, you can reach us. All the best!